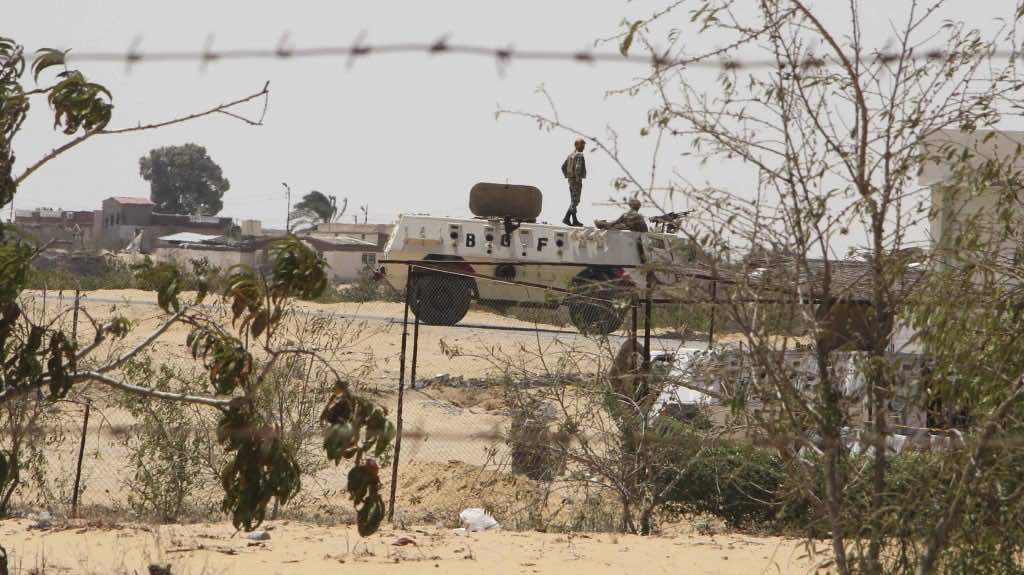 Israel is relying on the Egyptian army to suppress Islamist militants in the Sinai and to ensure the country’s stability after the ouster of Mohammed Morsi as president, Israeli media and politicians said Friday.

The Egyptian military overthrew Morsi on Wednesday after millions of protesters rallied to demand the Islamist leader quit for failing the 2011 revolution and bolstering his Islamist base at the expense of the rest of the country.

Ministers in the Israeli Cabinet have so far stuck to Prime Minister Benjamin Netanyahu’s order for silence on the subject.

But Member of Parliament Tzahi Hanegbi, who is close to Netanyahu, welcomed the ouster of Morsi, Egypt’s first democratically elected president who hails from the Muslim Brotherhood.

“Israel’s clear interest is for Egypt to remain stable, favorable to the West and the U.S., and that it does not let itself get carried away by a wave of religious extremism,” said Hanegbi, former head of the Knesset (parliament) commission on defense and foreign affairs.

“Over Morsi’s year in power, we noticed worrying developments, and that is why the return to prominence of the army and a secular authority capable of ensuring the stability of the country is good news for Israel,” he added.

“The Egyptian authorities are aware of Israel sensitivity to everything that happens in the Sinai, and now the Egyptian army feels a little freer to act firmly against Islamist elements,” he explained.

The daily Yediot Aharonot said that the “security cooperation” between the two countries has been beefed up in recent days.

The newspaper reported that just several hours after Morsi’s dismissal, an “official Israeli representative secretly arrived in Cairo to meet with Egyptian security and intelligence officials,” without giving any further details.

“Security links were good during the Morsi period, and should be even better from now on,” Yediot Aharonot wrote.

A hive of militant activity, Egypt’s Sinai peninsula is a major route for drugs smuggling and human trafficking.

Ever since the uprising that ousted Hosni Mubarak in 2011, throwing his feared security services into disarray, the region has grown even more restless and awash with weapons.

Attacks and kidnappings targeting Egyptian security forces in the area have multiplied, and militants have fired rockets from the region at Israel.

On Friday, militants launched coordinated rocket and machine gun attacks on Egyptian army and police checkpoints in the Sinai, killing one soldier and wounding two others, Egyptian medical sources said.

A police station and a military intelligence building in the border town of Rafah also came under fire from rockets, security sources said.

Several Islamist militants have publicly threatened to carry out raids in reprisal for Morsi’s dismissal on Wednesday.

The Israeli army said Tuesday that it had “authorized” the deployment of Egyptian military reinforcements in the Sinai.

“The Egyptian military activity in the Sinai is coordinated with Israeli security elements and authorized at the most senior levels in Israel, in order to contend with security threats in the Sinai that pose a threat to both Israel and Egypt,” the army said in a statement.

The 1979 peace treaty between the two countries has imposed strict controls on deployments.

Oded Granot, a commentator for public television, also stressed that the Egyptian army “has every chance of staying at the center of the political spectrum”.

He noted that “it will be a long time before an Egyptian leader can imitate [Turkey’s Islamist Prime Minister] Recep Tayyip Erdogan, who managed to bring the Turkish army into line”.

Another analyst, Udi Segal, said that an Egyptian army “in a strong position” should continue to pursue a policy hostile to the Hamas rulers of the Gaza Strip by blocking the many tunnels between Gaza and Egypt “to prevent Palestinian Islamist militants from infiltrating Egypt.”