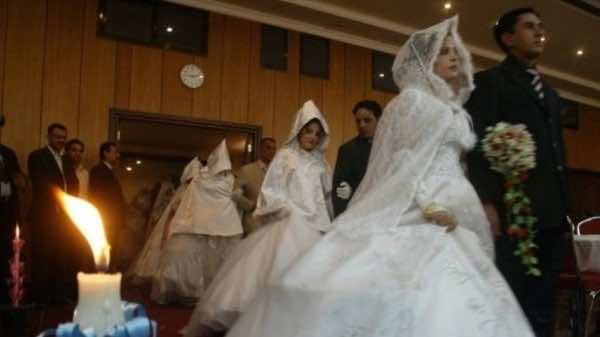 A 92-year-old Iraqi farmer married a woman 70 years his junior in a village north of Baghdad, he said Friday, voicing happiness at getting hitched alongside two teenage grandchildren who also tied the knot.

Musali Mohammed al-Mujamaie married 22-year-old Muna Mukhlif al-Juburi on Thursday evening, three years after the death of his first wife of 58 years, with whom he raised 16 children in his home village of Gubban, which lies just south of the central Iraqi city of Samarra.

“I am so happy to get married with my grandsons,” Mujamaie told AFP after the ceremony.

Mujamaie said the marriage of his two grandsons, aged 16 and 17, was repeatedly delayed while his own wedding was being arranged, so that the three could tie the knot on the same day.

The wedding carried on for four hours, with musical and dance performances and celebratory gunfire, and was attended by local tribal and religious leaders.