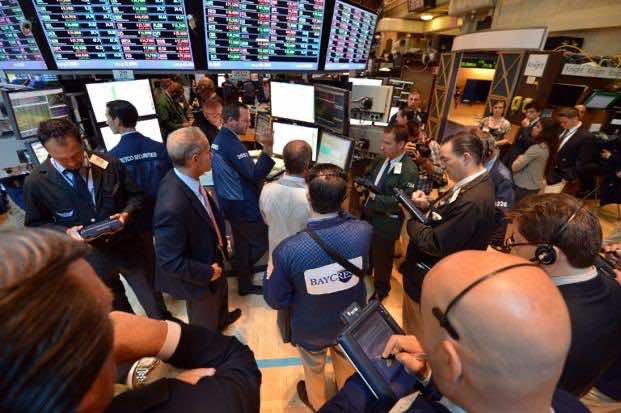 Commodity prices tumbled on Friday as the dollar firmed in response to better-than-expected US jobs data and expectations of low European interest rates for some time yet.

Many raw materials managed to still rise over the week, however, and oil futures soared on unrest in Egypt.

The United States added a better-than-expected 195,000 jobs in June, while job growth in prior months was revised higher, official data revealed on Friday.

Analysts, whose consensus forecast had been for a gain of 166,000 jobs, said the June figures signalled that the Federal Reserve could begin scaling down its $85-billion-a-month bond-buying scheme sooner rather than later.

Friday’s jobs data supported the dollar, which makes commodities priced in the US unit more expensive for buyers holding weaker currencies, denting demand for raw materials such as metals and crude oil.

“Copper prices and gold prices have been absolutely crushed today in the wake of the resurgent US dollar,” said Michael Hewson, senior analyst at CMC Markets trading group.

Global crude oil prices rose sharply this week on the back of mounting tensions in Egypt, but gains were tempered by renewed fears that the US Fed may soon end its quantitative easing (QE) stimulus policy.

Markets are pricing in the risk of prolonged unrest in Egypt after its army overthrew and detained Egyptian president Mohamed Morsi.

The country’s chief justice Adly Mansour was sworn in as interim president Thursday as the army rounded up the leadership of Morsi’s Muslim Brotherhood.

While not a major crude exporter, Egypt is home to key oil choke points such as the Suez Canal and the Sumed Pipeline.

“Geopolitical events are back in focus in the oil markets this week, with events in Egypt raising the risk profile for the supply system in the region with concerns over the security of the strategically vital Suez Canal,” analysts at Barclays said in a research note published on Friday.

Oil traders also digested the upbeat non-farm payrolls data in the United States, which is the world’s biggest economy and consumer of oil.

By Friday on London’s Intercontinental Exchange, Brent North Sea crude for delivery in August jumped to $107.35 a barrel from $102.88 a week earlier.

On the New York Mercantile Exchange, West Texas Intermediate or light sweet crude for August rallied to $102.93 a barrel compared with $97.03 a week earlier.

Gold managed a slight gain over the week despite prices tumbling on Friday as the US jobs data firmed the dollar.

“There was yet more bad news for gold… as the yellow metal dived once again in the direction of $1,200 on expectations that Fed easing will end sooner than thought,” said Alastair McCaig, market analyst at IG trading group.

Gold futures had the previous week tumbled close to a three-year low under $1,200 an ounce, hit by receding inflation fears, upbeat US data, a strong dollar and expectations of an end to the Federal Reserve’s QE stimulus.

On the London Platinum and Palladium Market, platinum increased to $1,327 an ounce from $1,317.

Base or industrial metal prices dived on Friday, pushing most into a loss over the week.

“Just like the precious metals, base metal prices also find themselves under pressure,” said analysts at Commerzbank.

By Friday on the London Metal Exchange, copper for delivery in three months inched up to $6,783 a tonne from $6,764.50 a week earlier.

By Friday on LIFFE, London’s futures exchange, cocoa for delivery in September climbed to £1,542 a tonne from £1,457 a week earlier.

“There is also talk of Vietnamese July shipments falling short of market expectations of around 100,000 tonnes a month.”

By Friday on NYBOT-ICE, Arabica for delivery in September advanced to 122.50 US cents a pound from 122.15 cents a week earlier.

“There is a surplus of 10 millions tonnes in the current 12/13 season as a result of lower import demand by traditional consuming countries like China and the US.”

By Friday on NYBOT-ICE, the price of unrefined sugar for delivery in October fell to 16.45 US cents a pound from 16.99 cents a week earlier.

By Friday on the Chicago Board of Trade, November-dated soyabean meal — used in animal feed — fell to $12.45 a bushel from $12.52 a week earlier.

Prices gained on rising US orders.