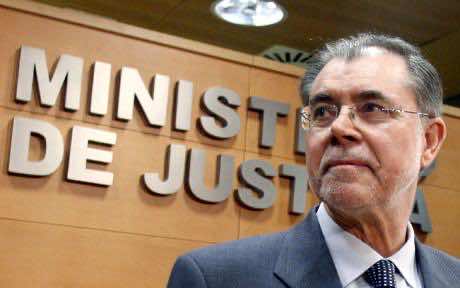 The Spanish justice is “determined” to move forward in pursuing the Polisario officials accused of genocide and serious violations of human rights in Tindouf, said Tuesday in Madrid, Dahi Aguai, President of the Association of the Polisario Missing.

The Audiencia Nacional (National Court), Spain’s highest criminal court, will continue processing this criminal investigation to “locate the Polisario torturers” and notify them of the complaint submitted to the court in 2007against them, so that they appear before justice and pay for what they did, Dahi Aguai told MAP- Madrid following a meeting with an official of the Court.

He said that the court officials have assured him that the complaint will continue its normal course and that the Spanish police are on the lookout of the wanted Polisario officials, including those who happen to be Spanish nationals who “will be arrested as soon as they set foot on Spanish soil.”

Aguai called on the Maghreb countries, including Algeria, to cooperate to stop the perpetrators and bring them before the Spanish justice.

“The goal is for justice to be rendered and for the victims to see the perpetrators pay for their actions,” he said.

A judge of the Spanish National Court, agreed last November on the complaint filed on December 14, 2007 by the victims of the Polisario and a Sahrawi NGO against senior Algerian officials and members of the security and Polisario leaders, some of whom are Spanish nationals.