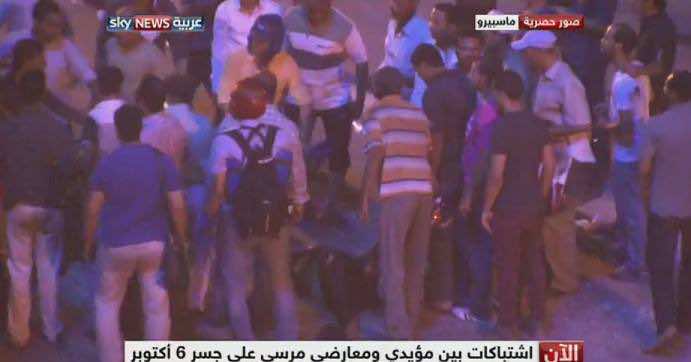 The violence came after the supreme leader of Morsi’s Muslim Brotherhood vowed the movement would stay on the streets until the deposed leader is restored as president, two days after the military removed him.

Witnesses said military vehicles were seen moving in the direction of the clashes.