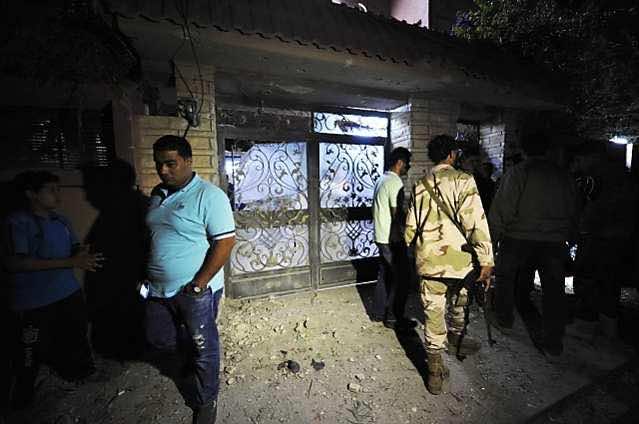 France’s honorary consul in Benghazi, Jean Dufriche, has escaped unharmed after gunmen fired on his car in the eastern Libyan city, a source close to him and a security official said on Friday.

The unidentified attackers shot at Dufriche’s car from another vehicle as he was returning home late Thursday with his wife, said Mohammed Hijazi, security services spokesman in Benghazi.

“At least ten bullets hit the vehicle, but no one was wounded,” Hijazi said.

“Dr Dufriche and his wife returned to the hospital where security forces took charge of them.”

A source close to the honorary consul said Dufriche was at the wheel when gunmen pulled alongside and fired at him several times with a “handgun”.

The source said there were at least seven bullet holes in Dufriche’s car.

“Dufriche and his wife were not wounded and were able to leave Benghazi for Tunis on Friday,” the same source added.

“Libya is facing great challenges after 42 years of dictatorship and eight months of conflict. The re-establishment of security is the priority to allow the development of the country and the creation of a state of law,” he said in a statement.

“France is fully mobilised to support the Libyan authorities.”

French President Francois Hollande, who is visiting Tunisia, expressed his “admiration” for the consul for having escaped unharmed from the attack.

On September 11 last year, Islamist militants attacked the US consulate in the city, killing ambassador Chris Stevens and three other Americans.

A car bomb targeted France’s embassy in the capital Tripoli on April 23 this year, devastating the building and wounding two French security personnel.