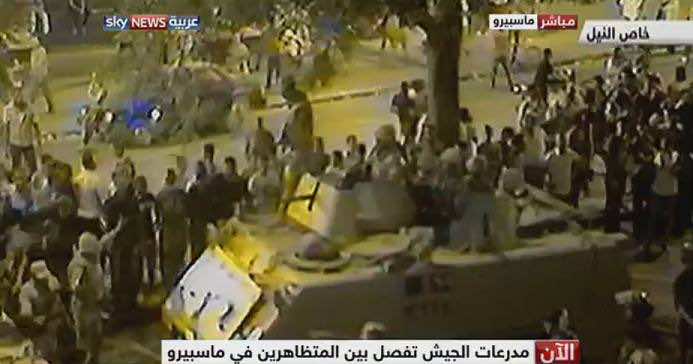 The military sent in armoured vehicles to separate the two sides, who traded shots. Two people were killed in the violence, state television reported.

“We are not taking sides. Our mission is to secure the lives of protesters,” military spokesman Colonel Ahmed Ali told AFP. “The military is going to intervene to separate the protesters.”