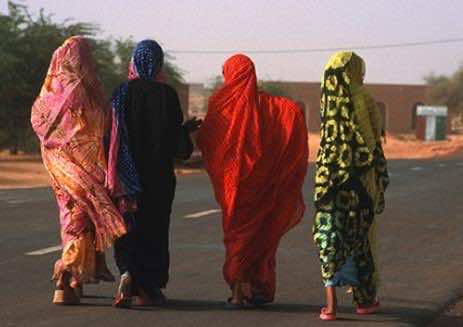 By
rachid khouya
-
Rachid Khouya is a teacher of English in Es Smara city, south of Morocco.
Jul 5, 2013
Spread the love

Smara, Morocco – In Western Sahara, in southern Morocco, a woman’s beauty is measured based on her size. The bigger, the more beautiful.

Being beautiful differs from one tribe to another and from one society to another. This is something obvious as there are no specific agreed upon traits to judge what is beautiful or ugly between all people. Thus, what is beautiful in this region and culture might be seen as ugly in another region, culture or religion and vice versa.

In Western Sahara in southern Morocco despite the development of society and the movement from the life in the open desert and tents to the life in cities and houses, men, generally, do still hold the same characteristics and definitions of the beautiful lady. Families are  still attached to these traditions and have inherited collective images and paradigms of being beautiful.

All over the Sahara, both in Morocco and Mauritania, men and women of the region agree upon the importance of obesity and being fat in defining a beautiful or an ugly woman. For them, the fatter a woman is, the more beautiful she is. On the contrary, fit girls and women are seen as ugly, undesirable and unwanted.

Starting from the age of thirteen, families start the process of papering their daughters for marital life. They prepare them psychologically and physically to get married and to show that they are beautiful so as to attract good husbands from rich families and powerful tribes.

In fact, families are proud of their fat daughters as, in their collective consciousness and sub-consciousness, being fat means that the girls belongs to wealthy, rich and noble families. That’s why mothers do their best to force their girls to eat more so as to be fat to be a source of pride for their families.

On the other hand, families feel ashamed if their daughters are thin. Society sees the fit girl as a source of bad luck, misery and troubles as well as a source of shame and embarrassment for her family and tribe. Therefore, the girls are prepared psychologically since their early childhood to be a source of pride for their families and to eat more and more so as to be fat and beautiful.

Yes, the two adjectives go side by side in the culture of the inhabitants of the Western Sahara. A fat lady is loved by men who compete to get her love and to pay whatever  dowry that would cost them to get her as a wife and this  is one reason fore late marriage in the region lately.

The husband is always proud of marrying a fat lady and winning her love. Young men feel proud if they succeedto marry the fattest lady in the tribe. They feel pride in front of other men and in front of the tribe and others who talk about her weight, her size and the enormity of her body.

Moreover, the community respects the opinion and the speech of fat women. Their words have authority in the tribe. Being fat gives them a special social status as the tribe respects what she says, what she thinks and what she suggests. For instance, there is another proverb that says that ‘the word of the fat is strong and authoritative’; a stark contast to slim women who have no social position and who are disliked, undesired and unheard.

In brief, if the western societies see fat women as obese, ugly and sick, in the Western Sahara, this is totally the opposite. Men love fat ladies and they are ready to lose their wealth and their lives to marry them. Thus families work hard to prepare their daughters for marriage by making them fat. Thus, in the Sahara every fat girl has her motto: ‘I am fat, therefore I am beautiful’.

Just a simple idea worth mentioning, today, thanks to education, mass media and women in the workplace, the new generation of women in the Sahara has started to change their view of beauty. The young generations today prefer to be educated, fit and healthy as obesity has been demonstrated to be a source of many health problems. For the new generation, it is the opposite: ‘I am fit. Therefore, I am beautiful’.