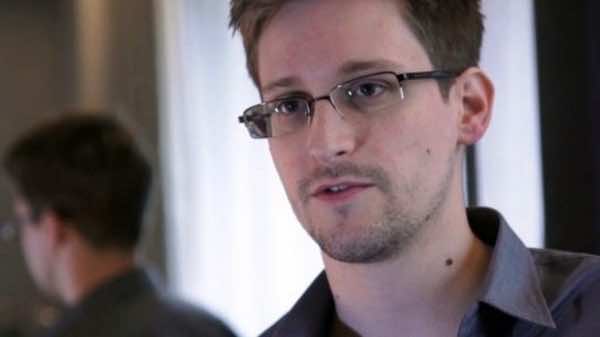 Moments earlier in Nicaragua, President Daniel Ortega also gave the 30-year-old computer expert another glimmer of hope, saying that “if circumstances permit” his government would be willing to shelter the man who has been in limbo at Moscow’s airport since June 23.

But just how Snowden, whose passport was revoked by his country, could travel to either country to take advantage of the offers remains very much uncertain.

Snowden has been scrambling to evade espionage charges after disclosing a vast U.S. electronic surveillance program to collect phone and Internet data.

He has applied for asylum in 27 nations, but several European countries rebuffed him earlier this week, along with India and Brazil. Leftist Latin American leaders, however, have voiced sympathy for the bespectacled fugitive.

“As head of state of the Bolivarian republic of Venezuela, I have decided to offer humanitarian asylum to the young Snowden … to protect this young man from the persecution launched by the most powerful empire in the world,” Maduro said at an independence day event.

“I announced to the friendly governments of the world that we have decided to offer this international human right to protect this young man,” said Maduro, who had previously suggested he would consider offering Snowden asylum.

A Venezuelan foreign ministry official, however, told AFP the government had yet to receive an asylum request.

Ortega, also at a public event, said his government had received an asylum application at its embassy in Moscow.

“We are open, respectful of the right to asylum, and it is clear that, if circumstances permit it, we would receive Snowden with pleasure and give him asylum here in Nicaragua,” the leftist leader said.

Ecuador had been seen as the American’s best hope when he arrived at Moscow’s Sheremetyevo airport from Hong Kong, but the leftist government in Quito has yet to consider his application.

WikiLeaks, the anti-secrecy website aiding Snowden, revealed on Tuesday a list of 21 nations where he applied for asylum, including Venezuela and Nicaragua.

It disclosed Friday he was seeking shelter in six more countries, writing on Twitter the countries “will not be named at this time due to attempted U.S. interference.”

Snowden’s flight from justice has embarrassed U.S. President Barack Obama’s administration and caused tensions this week between European and Latin American nations after an incident involving the Bolivian president’s plane.

Bolivia accused France, Portugal, Italy and Spain of denying Morales flyover rights because they believed Snowden was aboard as he returned home from Russia late Tuesday.

A clutch of leftist South American leaders, including Maduro, Ecuador’s Rafael Correa and Argentina’s Cristina Kirchner, rallied around Morales at a special summit late Thursday, in which they demanded an apology from the European nations.

Spanish Foreign Minister Jose Manuel Garcia Margallo said his government was told Snowden was aboard Morales’ flight, but he denied that Madrid had refused overfly rights to the Bolivian president’s aircraft.

Margallo did not identify who provided the apparently faulty intelligence that Snowden was aboard the presidential jet.

“I work with the information they give me. They told us that it was clear that he was inside,” the foreign minister said in an interview with Spanish public television.

France apologized for temporarily refusing entry to Morales’s jet, with President Francois Hollande saying there was “conflicting information” about the passengers.