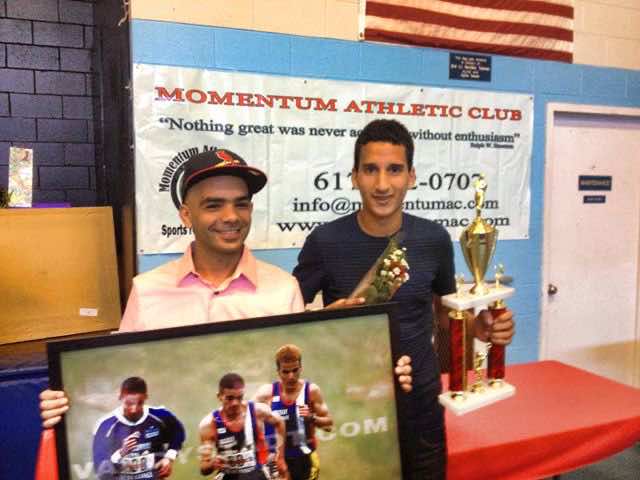 Born to run, Salah Barhoum, 17, is another raising star in the world of athletics from Revere, Boston, MA. Born in Aljadida, Morocco in 1996, he immigrated recently to the United States with his family. Salah Barhoum is a Track and Field runner who won seven titles this year and qualified for regionals two weeks ago. 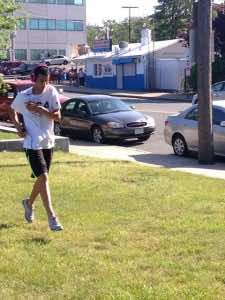 “I qualified for regionals and I hope I can qualify for nationals. I get a lot of support from Moroccans all around the world, especially the ones in Boston, and that puts more pressure on me to do great,” Salah told Morocco World News.

“I love being Moroccan and American and I’m proud of both. I aspire to become an Olympic champion like Hicham El-Guerrouj and give an honorable and respectful image of Moroccan immigrants in the US,” he added.

Following the Boston Marathon bombings, the young athlete was shocked to find people circulating his picture as a suspect after The New York Post published first-page photos of Salah and his friend claiming they  were wanted by the Feds for connection with the Boston bombings. Salah Barhoun filed a defamation lawsuit in Suffolk Superior Court against the NY Post for describing him as a suspect in the deadly marathon bombings.

Referring to the significant impact the New York Post’s allegations had on his career, especially on the regularity of his trainings, Salah Barhoum said: “I have been through hard times for almost a month and a half, but now I’m trying my best to work twice harder than before and run twice harder than before so that I can make my fans proud of me.”

When asked about the recent developments concerning his lawsuit against the NY Post he said: “I sued the Post as everybody knows and I’m still not done with that problem.”