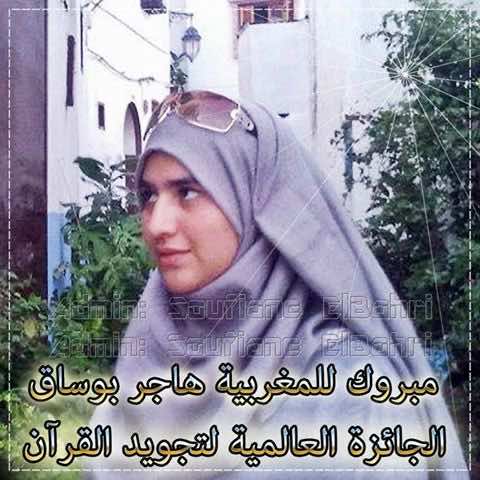 Hajar Boussaq, a young Moroccan woman, recently received the first prize from the queen of Malaysia during the 55th round of the International Contest of Quran Recitation.

Finishing first at the recitation contest, thanks to her great efforts, Boussaq brought Morocco much honor by gaining this prestigious reputation.

Morocco has held this ranking for two years in a row, following the success of Hassna Khoulali who received the honor last year.

On this occasion, Boussaq has proved Moroccans’ talents in reciting the Quran, in memorizing it, and in ranking first at reading it with an enchanting voice.

It is worth noting that several Muslim countries, including Saudi Arabia and Indonesia, have already recognized, acknowledged, and hailed Moroccans’ talents at reciting the Quran.