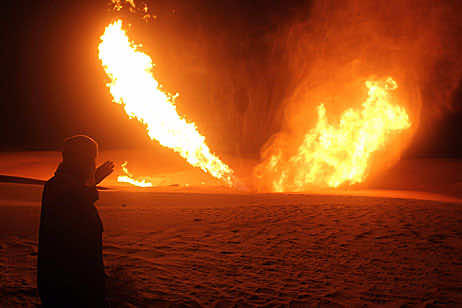 Militants in Egypt’s Sinai bombed a gas pipeline to Jordan on Sunday, witnesses said, amid a surge in attacks on police and soldiers after Islamist president Mohamed Morsi’s ouster.

Witnesses told AFP the blast took place near the the north Sinai town of El-Arish.

After an uprising overthrew president Hosni Mubarak in early 2011, militants in Sinai repeatedly bombed the pipeline, which also supplied Israel.  But such attacks had not been reported for almost a year.