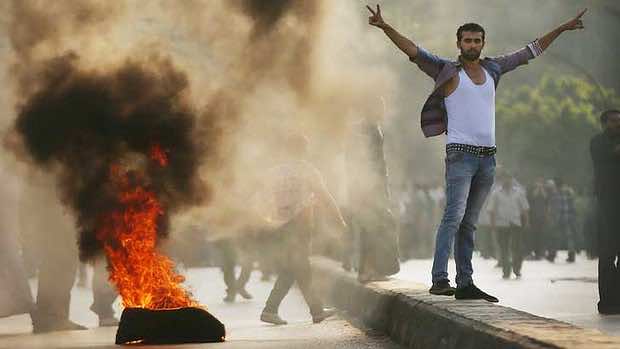 An Egyptian court on Sunday acquitted 12 activists opposed to ousted Islamist president Mohamed Morsi of charges they incited violence against members of his Muslim Brotherhood, a judicial source said.

Among those cleared of the allegations were prominent bloggers Ahmed Douma, who had been released on Saturday ahead the verdict, and Alaa Abdelfattah and Nawara Nagm, the source told AFP.

They had been accused of “inciting violence” during clashes in March near the Cairo headquarters of Morsi’s Brotherhood that the health ministry said injured 160 people.

Douma was sentenced in June to six months in prison after being found guilty of insulting Morsi by describing him as a “criminal who escaped justice”.

Morsi, like other leaders of Egypt’s Brotherhood movement, had been arrested and then freed from prison during the Arab Spring-inspired uprising that overthrew autocratic president Hosni Mubarak in 2011.

The activist was released on bail pending an appeal, before the prosecution added the charge of incitement to violence and he was again detained.

He has always denied the charges, saying they were part of a crackdown ahead of long-planned protests against Morsi on the June 30 anniversary of his first turbulent year in power.

The military toppled Morsi in a popularly backed coup on Wednesday after millions took to the streets across Egypt to demand that he resign for failing the 2011 revolution.