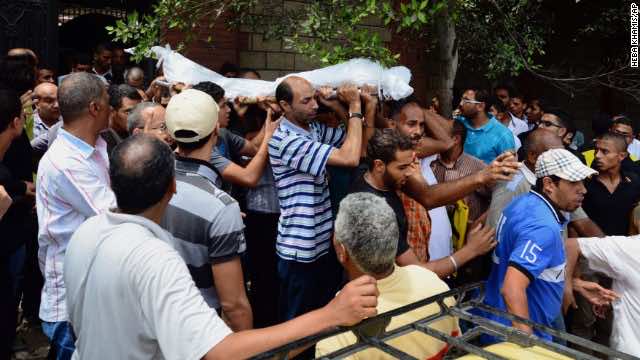 At least 42 people were killed on Monday during an attack on supporters of ousted Egyptian president Mohamed Morsi outside an elite army base in Cairo, a senior medical official said.

The Muslim Brotherhood, which has led pro-Morsi demonstrations, said 35 of its supporters were killed when police and troops fired at them while they were praying at dawn.

Witnesses, including Brotherhood supporters at the scene, said the army fired only tear gas and warning shots and that “thugs” in civilian clothes had carried out the deadly shooting.