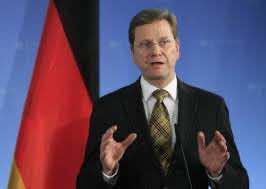 Germany called for an independent inquiry into the killing of 42 loyalists of Egypt’s ousted president Monday, saying it feared political violence in the country could continue to spiral.

Expressing “shock” about the reports of demonstrators killed while protesting last week’s military coup in Cairo, the foreign ministry in Berlin said that all sides must now refrain from bloodshed.

“There is the grave concern that there could be a further escalation of violence in Egypt,” it said in a statement.

“We call on all forces to act with moderation and to renounce violence in all forms. We urge a quick investigation of today’s events by an independent authority.”

The military blamed “terrorists” while witnesses, including Brotherhood supporters at the scene, told AFP the armed forces fired only warning shots and tear gas, and that “thugs” in civilian clothes had carried out the deadly shooting.

Germany, Europe’s top economy, has committed around 30 million euros ($39 million) to a “transformation partnership” in Egypt with the aim of developing democratic institutions.

In a sharp statement last week, German Foreign Minister Guido Westerwelle called the military intervention “a major setback for democracy in Egypt” and warned that any crackdown against Morsi supporters could lead to consequences for German support.