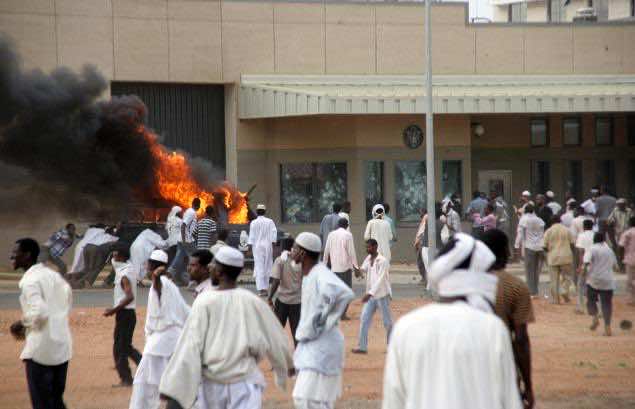 “We are with the legal president of Egypt,” read a banner carried by the group, which also waved Egyptian flags.

Sudanese riot police looked on but did not intervene as the protesters presented a message to the embassy calling for Morsi’s reinstatement.

The Egyptian military toppled the Islamist leader last Wednesday as millions took to the streets to demand an end to his turbulent year in power.

In April, Morsi made his first visit as leader to Sudan, which Egypt jointly ruled with Britain until 1956.

Islamist Sudan called his trip “historic”, and the two sides vowed to double trade and investment.

The Mubarak regime for years had strained relations with Khartoum.