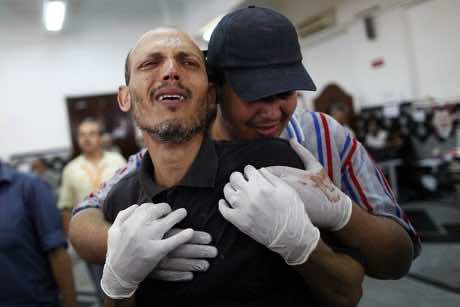 “We strongly condemn the massacre committed by the neo coupists that has clearly showed the truth about the bloody military coup,” the Islamic Action Front (IAF), the political arm of the Muslim Brotherhood, said on its website.

“We hail the millions of people demonstrating to defend the legitimacy and urge the great Egyptian people to continue their protests to foil the military coup and restore the elected president.”

A senior medical official told Agence France Presse at least 51 people were killed and 435 wounded when shots were fired at them as they demonstrated at dawn against last week’s military coup.