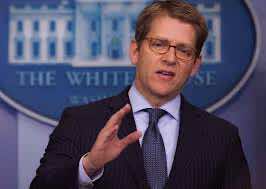 The White House on Monday condemned “explicit” calls to violence by Egypt’s Muslim Brotherhood and said it would take its time to determine whether the ouster of president Mohamed Morsi was a military coup.

When asked how long it would take to determine whether Egypt’s military had carried out a coup by forcing Morsi from power, White House spokesman Jay Carney said the administration was wary of moving “unnecessarily quickly.”