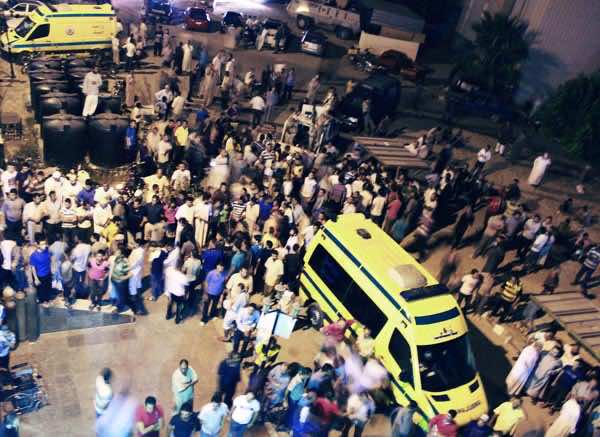 It is taken for granted that media is a very biased source of information and news. When thinking about this matter, one finds it totally illogical and unfair not to have a neutral media. Nowadays, and with all the mess and the chaos in different parts of the Arab world, specifically in Syria and Egypt, it has become so difficult to fully understand what’s going on. We get different news and hear countless versions of the same events on a daily basis. When reading newspapers and watching news on TV, one finds oneself very confused and the real question that comes to mind is: what should one believe and what should one ignore?

A concrete example is the media coverage of today’s inhumane massacre in Egypt. Some channels like CBC, Al-Hayat, and Dream seem to be victimizing anti-Morsi protesters, who are supporting the Egyptian armed forces. On the other hand, other channels like Al Jazeera and Al Quds seem to be portraying pro-Morsi protesters as the victims of the military’s heavy hand.

In this context, we speak about the same videos spreading here and there, but with different readings and analyses. Each channel shows footage and gives it a meaning that fits its political agenda to influence the viewer.  But who should one trust? And if you are a passive consumer, you’ll readily just swallow what you are being fed.

Today, the political scene in Egypt is more like a play with no script. Every channel wants to write it itself, name it and even sanctify it. Each camp is discrediting the other to serve its ideology. This is done to purportedly achieve democracy, which itself is being given a totally different connotations by the two sides. One might just wonder if the ouster of an elected president by the majority of the people is called democracy, or was it rather better to call for an urgent referendum that could have spear Egypt all that suffering and blood.

Democracy seems to be swinging between ideologies. What makes things worse is the unprofessionalism of Egyptian media and its bias against the Muslim Brotherhood. Egyptian channels have been cheering for the absence of the voice of Islamic channels, which were shut down immediately after General al-Sisi announced the toppling of the President Mohammed Morsi and what he called the road map for the future of the country.

The military has exercised an embargo on the Muslim Brotherhood since the moment the head of the Egyptian army was delivering his statement. This has paved ground for the anti-Morsi and anti-Muslim-Brotherhood channels to monopolize the representation of the events. What is more troubling is the total denial on the part of the anti-Morsi camp of the fact that Morsi was made president by the polls and has a large majority of supporters among the people.

In the face of the incessant flow of information we receive on a daily basis, it is necessary that the foreign viewers be cautious when reading from different sources in order to avoid any manipulation. Here media literacy plays a pivotal role in that it allows the viewer to differentiate between what information is credible and what other is baseless.  It is up to the reader to dig for news in different news outlets before making up his mind about the events unfolding in Egypt.

Yassmine Zerrouki is a doctoral student in Cultural studies at Sidi Mohamed ben Abedullah University. She focuses  on Moroccan diasporic cinema. She is interested in film studies, cultural and media studies, teaching, politics, journalism and writing. She has her own blog. She is the former head of Morocco World News office in Fez, Morocco.