Morocco World News
Home Culture Women and Poetry in the Sahara: Inside the tents of the forbidden... 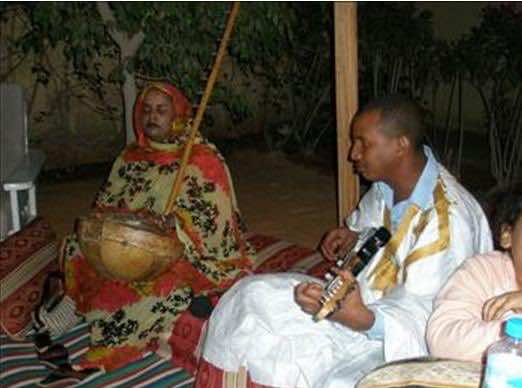 Women of the Sahara are not only queens of the tents, they are queens of words as well. Though society does not permit them to write and to speak poetry in public, the princesses and the queens of the desert have escaped to the shadow and created a realm of forbidden poetry that is special, merely for the daughters of Eve.

In the desert, humans are born poets by nature. They use Hassani dialect to depict the eternal moments they live with their relatives, tribes, women, animals and with other elements of culture and nature.

Poetry and the Sahara are twins that go hand in hand and side by side. The Sahara is poetic because of its dunes, herds, sunsets, moons, stars, camels, ships and wolves. On the other hand, poets are an unlimited desert of feelings, tales, adventures and words.

When a child is born, women celebrate his/her birth in poetry and when a person marries, travels, lives, dies, his /her life is written in spoken verses and poems. Poetry is the book of creation and the book of history in the middle of the unlimited Sahara. It is the only means that nomads have to depict their mental and emotional moods.

Tribes poetically write their victories and defeats, their stories and knowledge, their proverbs and games, and their puzzles and spaces. At night, when the moon is shedding its light upon the open deserts, near the rivers or the oasis, mothers gather their kids and teach them the language  of the ancestors and the culture of grandparents in poetry.

Definitely, a woman that learns poetry and teaches it to her sons and daughters must be a poet too. Yes, in the Sahara every girl is a project of a poet, but this conservative society that considers women queens of the tents and golden turbines on the heads of the noble men, paradoxically does not permit women to say poetry in public.

In the Sahara, women have to listen and enjoy male’s poetry and poems. They do not have the right to express their feelings and emotions, to talk about their love stories, to put their love in verses and words, as it is considered a source of family shame and defame. Only males can say and sing in the language of poetry.

But females could not let males of the tribes cut their tongues and deprive them of their existential cultural and literary right to compose verses and poems about the people they love. They revolted against the tribal norms and escaped to their own secret world far from the presence of men and males. They fled to their imaginative tent where they built a beautiful poetic universe: only by females, for females, between females and about males.

According to many scholars from the south of Morocco and Mauritania, ‘Tabraa’ is a special poetic female gender in the Sahara where women flirt to their beloved boyfriends, and husbands. It is their own refuge to speak freely and frankly in front of other females about their beloved ones. Within this gender, ‘Tabraa’, women get rid of their repressed emotions, desires, love, pain and sufferings, and they compete with each other to see who can say the best verses about their males.

‘Tabraa’ are short poems composed by women, but where they are not allowed to mention the names of their male lovers. They use only symbols and signs and they describe some physical traits of the men they love. They talk about places where they used to meet in pastures, near wells, the rivers or the oasis. They also voice their painful and passion and longing to be beside the men who dwell and own the tents of their hearts.

They talk boldly, plainly, and frankly about their lovers or ex-boyfriends in case they are married to other men. They put the forbidden love in words and depict the unacceptable voices in verses. They break the cages and the shackles of taboos and they bravely express their love and physical and sexual desires. Their poems are sweet small dishes of words cooked on the fire of tree’s leaves, boughs and coal.

These silent burning fires of love and the verses of silent voices are said and heard only inside women’s meetings and the women community. They are not said in public and only women keep saying them as they memorize them by heart and keep passing them from one generation to another, without mentioning the name of the poet or the name of the men they are said about.

Inside these verses that challenge any faithful translation, Sahraoui women wish to be the camel their lovers ride, the clothes they wear, the teeth inside their mouths, the watch in their hands, the camel they milk, the milk they drink or the dish from which they eat or drink, the tree under which they sleep or the turbine they put on their necks and heads. Beautiful images taken from the diction of the Sahara that only men and women of the Sahara feel and understand as they are taken from their natural and cultural contexts.

In brief, the Sahara is full of unwritten poems said by unknown female poets who died and left behind their words. Writers and scholars must collect and save these verses from being lost and put them in books and words.

The beauty of love in the desert has been challenged by the voices of females who talked about their beloved ones far from the eyes and the ears of the males of the authority of tribes. They succeeded to create their own female poetry and to give life to the love they felt inside their hearts. Women in the Sahara are real poems that write, live and breathe poetry. What a beautiful journey inside the kingdom of female poetry of the queens of the tents!