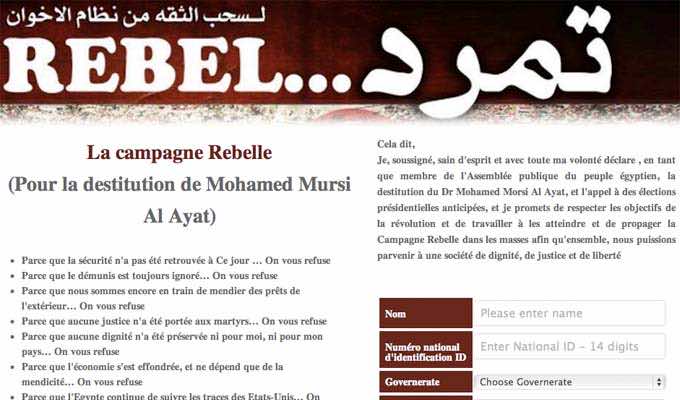 CAIRO, July 09, 2013 (AFP) – Egypt’s Tamarod campaign, which launched the protests that prompted the ouster of president Mohamed Morsi, called on Tuesday for changes to a proposed interim charter, their spokesman told AFP.

Mahmud Badr said his group was drafting proposed amendments to the temporary constitution unveiled earlier on Tuesday by army-installed caretaker President Adly Mansour which sets out a blueprint for a political transition.

The movement complained that it had not been consulted in the drawing up of the document and said it was seeking the advice of experts, including newly named vice president Mohamed ElBaradei, who was its designated negotiator in transition talks.

Badr said Tamarod would present its proposals to the president later on Tuesday. The blueprint unveiled by Mansour is intended to replace the controversial Islamist-drafted constitution, which he suspended following last week’s coup.

A committee will be set up to make final improvements on the draft before it is put to a referendum.

Parliamentary elections will then follow within three months. Morsi’s Brotherhood denounced the blueprint as an attempt to salvage the military coup which would do nothing to end the increasingly bloody conflict  rocking the Arab world’s most populous nation.