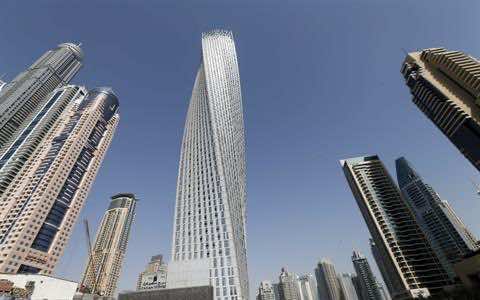 The United Arab Emirates said on Tuesday it has offered Egypt an aid package of $3 billion, just days after it hailed the ouster of Islamist president Mohamed Morsi by the Egyptian army.

The offer was made during a meeting between a UAE delegation to Cairo, led by UAE National Security Chief Sheikh Hazza bin Zayed al-Nahyan, and Egypt’s interim president Adly Mansour.

“The United Arab Emirates stands by Egypt and its people in this crucial phase. It has confidence in the choices made by its people, as well as this people’s ability to overcome the current challenges,” Sheikh Hazza said, according to WAM.

“The security and stability of Egypt are the foundation for Arab security,” he said.

Egypt’s army last week forced Morsi out of office following days of deadly protests against his one-year rule. The UAE was swift in hailing the ouster of Morsi, whose Muslim Brotherhood movement is the target of crackdown in the oil-rich Gulf state.

“Egypt’s great army once more proves that it is Egypt’s protector … that will ensure it remains a country of institutions and law that protects all components of the brotherly Egyptian people,” Foreign Minister Sheikh Abdullah bin Zayed al-Nahayan said in statement following Morsi’s ouster.