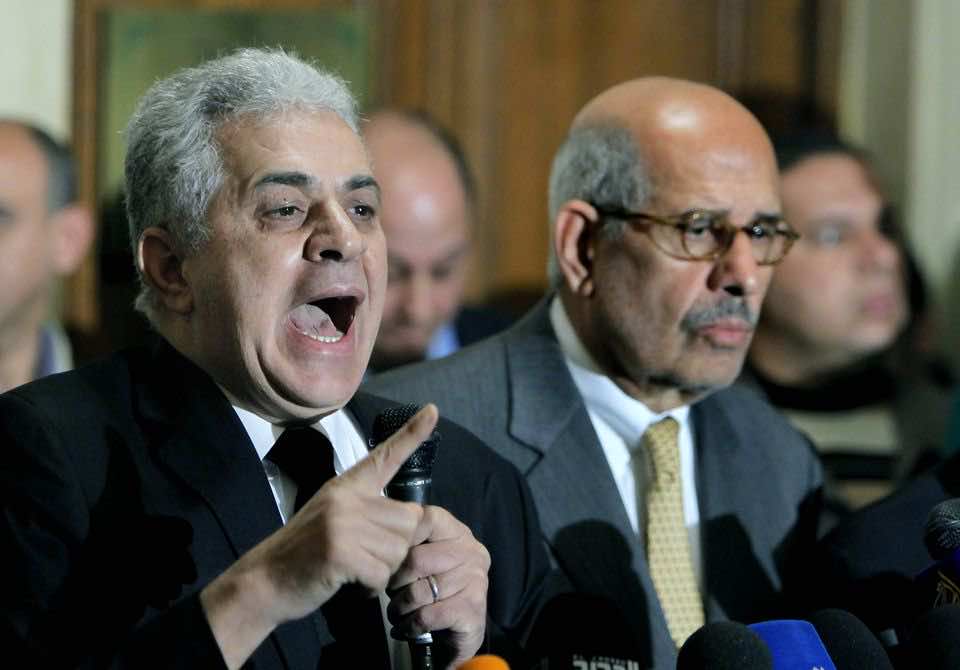 “The National Salvation Front announces its rejection of the constitutional decree,” it said in a statement.

The coalition, which was led by Mohamed ElBaradei until his appointment as vice president in the new government, complained of a lack of consultation before the charter was adopted.

“We call for it to be amended and will propose our own amendments to the president,” the group added.

Earlier, the grassroots Tamarod campaign which organised the mass protests that led to Morsi’s overthrow, also complained it had not been consulted on the transition plan.

Tamarod spokesman Mahmud Badr said the movement would itself make proposals for changes to the blueprint, which as well as outlining the new president’s powers lays out a timetable for the transition period that is to last around six months until presidential elections are held.

Morsi’s Muslim Brotherhood, which has refused to accept the military coup that deposed the Islamist president, rejected the plan outright.