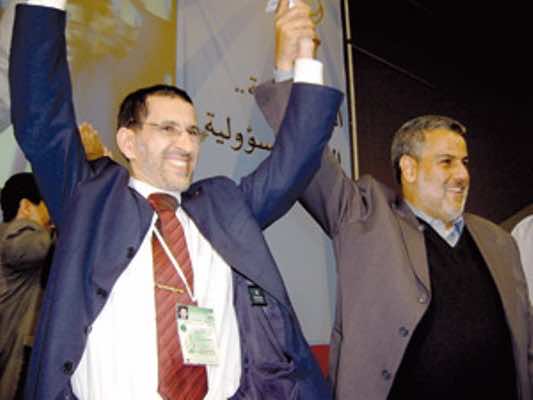 After two years at the head of the government, and despite the harsh criticism directed at him with or without occasion by the opposition and members of the coalition, Morocco’s Prime Minister, Mr. Abdelilah Benkirane, continues to be trustworthy for the majority of Moroccans. The discord created by Hamid Chabat, the Secretary General of the Istiqlal Part, only increased the popularity of the Chief Executive and his team, as revealed by the first political barometer published by Averty Institute.

The results of the investigation conducted by Averty Institute show that 68.5% of respondents trust the head of the government and 65.9% consider him a man of dialogue. Moreover, 55.3% said they were satisfied with the work of the head of the government. By contrast, dissatisfaction vis-à-vis Abdelilah Benkirane was more remarkable in the higher socio-professional categories.

The results of the first political barometer in Morocco produced by Tariq Ibn Ziad Initiative and the Institute of surveys and opinion Averty Market Research & Intelligence survey show that 65.9% of respondents believe that Mr. Benkirane is “a man of dialogue,” 69, 2% find him “close to the concerns of Moroccans,” 55,6% see that he “leads a good social policy,” and 53,7% believe that Mr. Benkirane “manages well the action of his government.”

However, Mr. Abdeilah Benkirane was less valued on his economic management. As a result, the rate of his popularity dropped to 46.8% of the respondents. Besides, the results show that only 45.3% were satisfied at Benkirane’s use of his constitutional prerogatives.

As to people’s attitudes towards the opposition, the results show that the level of trust is very low. Only 13,1% of respondents expressed their trust in and support of the opposition. This low score attests to the lack of credibility, seriousness, and efficiency of the opposition. Paradoxically, the minority who trusts the opposition is mainly composed of high and medium socio-professional categories, with an over-representation of women.

Concerning the popularity of Cabinet Ministers, Mr. Saad Eddine El-Othmani, minister of Foreign Affairs and Cooperation, was placed on top of all ministers (86.8%) followed by the minister of Equipment and Transport Mr. Aziz Rebah, then the minister in charge of relations with parliament and civil society Mr. Lahbib Choubani.