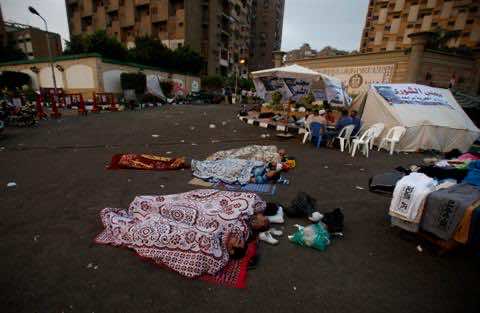 The 200 will be held for 15 days pending investigation into accusations of murder, incitement to violence, carrying unlicensed weapons and disrupting public order and security, the source told AFP.

A total of 650 people have been arrested over the clashes. The remaining 450 have been released on bail, the source said.

The Muslim Brotherhood accuses the army of committing a “massacre” outside the Republican Guard headquarters. The military says it was responding to an attack by “armed terrorists”.