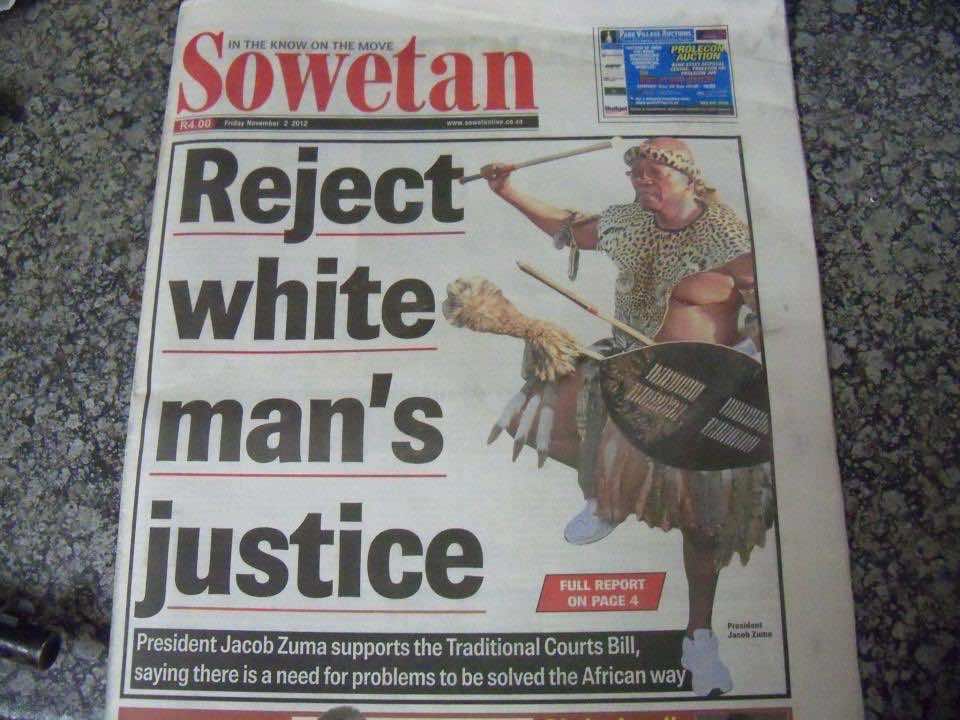 Thousands of white people in South Africa are subjected to atrocious acts of racist violence by black population while South African authorities and media keep silent and reticent. Somehow, the same media stirs tumult over human rights when it comes to the Sahara conflict, usually accusing Morocco of human rights abuse and lobbying against its sovereignty and territorial integrity.

“If your house is made of glass, don’t pelt others with stone.” It seems that South Africa doesn’t apply this golden rule when it goes blind to the increasing ‘black on white’ violence and deaf to the cries of hundreds of children, women, and men killed, tortured or raped by the black people.

It’s blatantly hypocritical of the South African government to claim it is defending the rights of the Sahroui people while human rights have been continuously abused since 1994, when the National African Congress took over government of South Africa. Maintaining the apartheid practices at home and claiming the defense of human rights abroad is simply a double standards and hypocritical approach.

Since the eve of 2013, 230 ‘black on white’ attacks were reported on the South African soil according to CNNiReport. 97 were murdered, 17 women and 2 men were raped usually by a whole gang, 3 people were left with permanent brain damage and one person paralyzed.

There were also 102 farm attacks during which 30 people were murdered. Morocco World News has obtained a detailed list of 55 white women murdered by unknown black males since 15 May 2012 to date in South Africa. This appalling genocide, white South Africans claim, has been going on for the past 20 years while the world kept quiet and enjoyed the show.

On July 6, 2013, a petition was launched on Avaaz.org to “save the white people and stop the genocide.” Only three days after its launch, the petition was signed by 2,027 from around the world. Some activists have also created a Facebook page named “Please help stop rape and genocide in South Africa” to raise consciousness towards racism in SA and expose what local media choose to hide. The page posts graphic pictures and videos of victims being tortured, mutilated, or murdered.