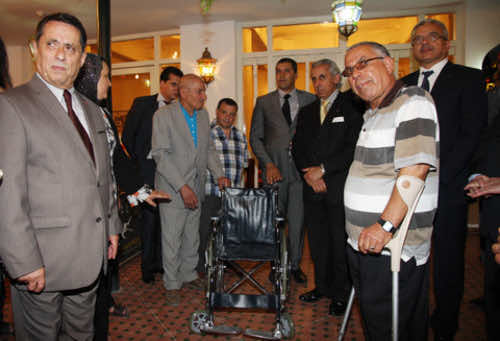 True and loyal to its reputation as a land of peace, tolerance and cultural diversity, the city of Fez, again, gives the world a lesson in what should be the relationship between followers of monotheistic religions. A few months after the inauguration- a highly symbolic act – of the synagogue Slat Al Fassiyine, Fez last week lived a moment of intense emotion with the distribution of several wheelchairs by Moroccan Jews to their Muslim compatriots.

The event is indeed rare in these times of exacerbation of intolerance, ostracism, fanaticism of all stripes and religious conflicts. And in this context, it is perhaps only Morocco, such an exceptional country, which can offer this virtuous and saving model of living together, of civilizational dialogue and coexistence between cultures and religions.

The place of the event also has got a symbolic value and speaks to the tradition of tolerance and communion between men of different cultures and religions in the imperial city of Fez. As for the context, it is also of paramount importance. The Maimonides center, a gathering place for the Jewish community in Fez which witnessed this act of solidarity with people with special needs, was built in memory of the great Jewish theologian and philosopher, who was forced to leave Andalusia to find refuge in Morocco.

As they have done many times and throughout history, the Jews of Fez showed on this occasion how they are sensitive to the sufferings of their fellow Muslims, especially those who have special needs, who are sick or do not have the means to live a normal life. Last year, the same Jews of Fez had distributed a large batch of medical and paramedical equipment to emergency services centers and units of the Moroccan Red Crescent. These actions say that the solidarity of these Moroccans is deep rooted.

“We just continue this solidarity between Muslims and Jews for whom Fez is the city of predilection and the favorite haunt par excellence,” Armand Guigi, president of the Jewish community of Fez, Oujda, and Sefrou told MAP.

This solidarity with people with special needs “is part of coexistence and cohabitation that has lasted for centuries between Jews and Muslims,” ??he added. 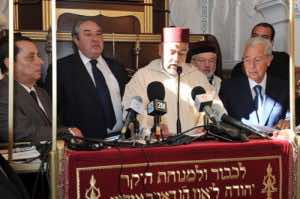 Indeed, this sublime example of coexistence among believers is not isolated in the history of the spiritual capital of the Kingdom. A few months ago, the international community shared with Morocco an event of great human significance when prominent representatives of the three monotheistic religions attended the inauguration, placed under the patronage of King Mohammed VI, of the synagogue Slate Al fassiyine.

It was indeed a moment of great emotion to see, in one place, the head of government, Abdelilah Benkirane, alongside the President of the Bundestag, Norbert Lammert, the Advisor of King, André Azoulay, and many other Muslim, Christian and Jewish leaders, for the inauguration of the temple of the memory of the Jewish community in Fez and the affirmation of the Moroccan plural identity.

The message sent by the King to the participants in the inauguration rightly points out that the Hebrew feature “is today, as stated by the new Constitution of the Kingdom, one of the tributaries of the secular national identity.”

André Azoulay considered the opening of the Jewish synagogue in Fez as “a moment that expresses strength, rich history of Morocco and the diversity of all its components.”

What other country could present today such a combination of symbols to project to the world this beautiful image of tolerance, coexistence, harmony and respect for differences of religious beliefs?