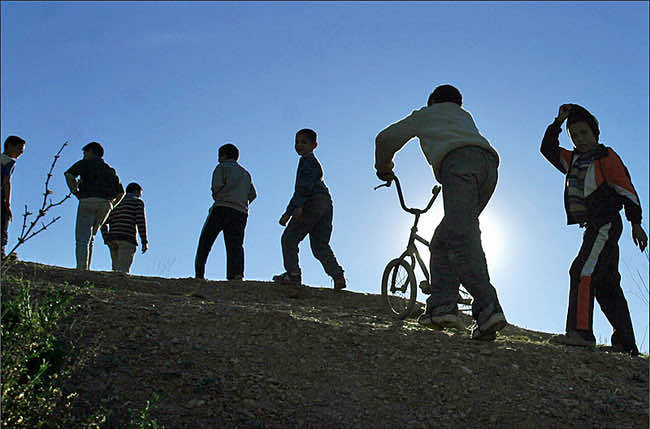 Life is bleak for young Moroccans living in the countryside.

Options for jobs and leisure are more limited than those afforded their urban peers. The government has side-lined them economically and culturally, young people from the kingdom’s rural areas complain.

“I have a lot of ambitions, but there’s no support,” Said Chentoui, a 24-year-old unemployed graduate from Moulay Bousselham, told Magharebia.

“We need proper guidance so that we can launch specific projects in rural areas, which will enable young people to stay at home and develop the countryside. A lot of my friends have had to move to the cities to find work and fulfilment,” he said.

It is time, the Gharb resident added, for government officials to pay more attention to the welfare of rural youth.

Chentoui chose to stay in his home village. Since he has had no luck finding a job in his field of study, he is now thinking of starting his own business.

If he were not considering entrepreneurship, he would likely end up as a farmer.

According to official figures, the agricultural sector employs 72.1 per cent of the working population in rural areas. Still, about 30 per cent of rural males aged 15 to 29 were unemployed, a 2012 World Bank study found.

The situation is even worse for young women. Nine out of 10 were out of work or out of school, the report said.

There is also little for these young people to do.

Outside of Morocco’s big cities, libraries, youth centres and football pitches are in short supply. And this lack of basic amenities in rural areas makes the promotion of cultural and recreational facilities look like luxuries, sociologist Safae Moucharraf said.

“The only way young people in rural areas can have fun is to go to occasional travelling fairs. They have to travel to cities or villages to take part in cultural activities,” she told Magharebia.

“So the government needs to form partnerships with local officials to create small-scale cultural and sports facilities for young people, because of the positive effects that sport and culture have in terms of improving quality of life,” Moucharraf added.

In the House of Representatives on July 1st, members of the opposition Party of Authenticity and Modernity (PAM) questioned Youth and Sports Minister Mohamed Ouzzine about what the government was doing to improve the lives of rural youths.

“They are victims of marginalisation and suffer the most from poverty. The government must focus on them by providing community sports centres, among other things,” PAM members said.

“Partnerships with local authorities can help the government to put the desired infrastructure in place. Young people need to be trained and given guidance so that they can start up their own projects. Awareness-raising and communication are also vital,” party officials added.

Ouzzine acknowledged that much needed to be done for youths in both rural and urban districts.

“There is a big gap, which we’re trying to bridge in the interests of equality of opportunity and equality between regions. It is important to get young people involved in local politics,” the minister said.

The education, health, sport and other ministries also needed to harmonise a policy toward rural youths, Ouzzine stressed.

“Even the self-employment scheme will increasingly target young people in rural areas,” he said, referring to Morocco’s Moukawalati entrepreneurship initiative.