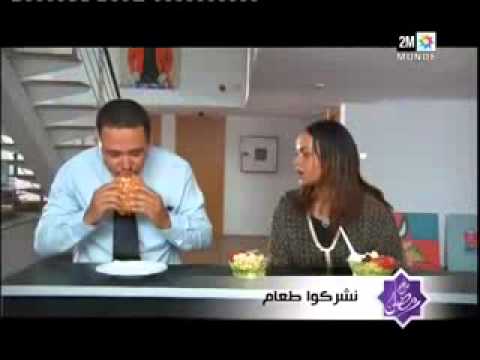 Despite the array of electrifying trailers of brand new Moroccan TV Shows broadcast prior to Ramadan, the Moroccan audience’s excitement wears thin on the very first day of the holy month. What had once been acclaimed as an appealing TV creativity now seems stuck in a vacuum of repetitive images, gags and scenarios. Moroccan TV channels are apparently running out of tricks. Has their creativity kicked the bucket?

“They noticeably devote a laconic amount of time to religious TV Shows, even on Friday, which could at least be an exception to the banalities predominant on Moroccan TV,” he further explained.

Fifteen minutes subsequent to the Maghrib call to prayer, and after all Moroccans break their fast around the evening meal, a déjà-vu sensation grabs their attention as they watch the very first TV Show exclusively designed for Ramadan.

Hidden camera shows, a TV genre typically broadcast on Ramadan right after the Maghrib prayer, are sadly platitudinous and predictable. For some Moroccans, this genre of TV products now invokes compassion rather than laughter.

Comic series almost feature the same cast made of recognizable professional Moroccan actors, which posits a question mark next to Morocco’s endeavors to give an impetus to burgeoning young talents. Scenarios in most comic series lack sophistication, and episodes lack twists and suspense. Almost no experimentation is noticeable at the level of acting too. Moroccan professional actors seem to reflect an awkward sense of “acting conservatism.” Their gestures, facial expressions, and sometimes even appearances, remain unalterable even when they are given new roles.

There is also noticeable imitation at the level of ideas. Back to the instance of hidden camera shows, the scenarios tailored to trick the celebrities have almost all been already consumed by other Arab or foreign channels. The mere aim seems to be the perfect acting of roles, without any regard to whether this acting is original or not.

One way to rationalize such lack of originality in Moroccan TV products is the absence of young talents. Now that access to high-quality TV products from all around the world is no longer a challenge, today’s generation of young people are more familiar with the sophisticated levels of creativity that foreign channels have reached. Exploiting the experiencing of Moroccan young people with TV content can prove to be anything but a waste of time.

No wonder why young Moroccans now resort to TV contents external to Moroccan channels. Moroccan TV products seem so medieval to them that they cannot help resorting back to foreign channels and media content.

The step that Moroccan TV seems to have overlooked before conceptualizing its content is a “needs analysis.” It is nonsensical to disregard the audience’s tastes and expectations when your product is mainly aimed at them.  Just as newly established enterprises conduct field studies and launch online polls, alongside a plethora of other tools, to elicit the people’s needs before attempting to meet them, Moroccan TV channels have to do similarly in order to avoid, in advance, inducing any frustration afterwards.

Moroccan channels designing exclusive content for Ramadan have to study their audiences in the first place. In Ramadan, Moroccan Muslim families expect TV products that both reflect the atmosphere of the exceptional holy month, as well as solemnize their fasting practice. Moroccan comic TV shows and series are most than welcome, as they doubtlessly have a particular audience. Yet, Moroccan TV products have to be inclusive enough to please the maximum of tastes, without resorting to the same old tricks, something that can be further detrimental to the audience-TV relationships in Morocco.