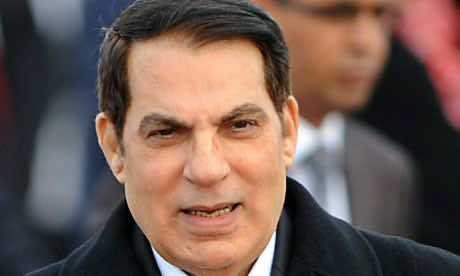 Tunisian authorities early on Thursday released from jail two former figures of the toppled regime who were arrested following the 2011 uprising for abuse of power, the justice ministry said.

Kallel was arrested in March 2011, just weeks after Ben Ali was ousted, after a group of lawyers lodged an official complaint accusing him of embezzling funds from the now-dissolved ruling party.

Last year a military court sentenced Kallel to two years in jail for the arrest and torture of army officers who were accused in 1991 of trying to topple Ben Ali.

Ghariani was arrested in April 2011 for abuse of power and embezzlement.