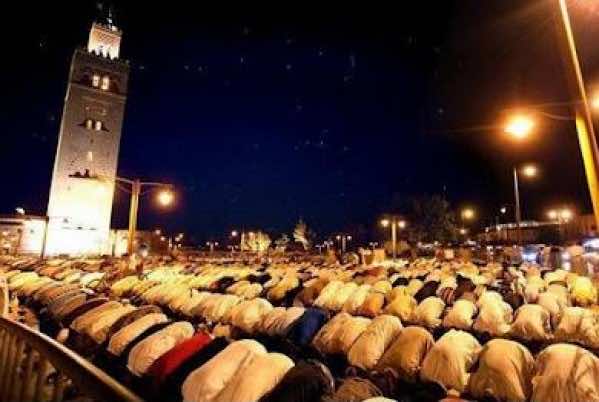 Two Christians have converted to Islam on the first day of the Muslim holy month of Ramadan in the presence of the congregation in Kotoubia mosque, Marrakech. The first person who converted to Islam on Wednesday was a Frenchman. During his conversion, many Muslims warmly welcomed him into the “religion of peace, tolerance and love”. The other person, a Western woman, also formerly a Christian, converted to Islam after uttering the Testimony.

Noted for attracting non-Muslims from all over the world, Marrakech has a number of mosques where thousands of worshippers pray and which attract non-Muslim visitors and tourists who occasionally identify with Islam, Morocco’s official religion.

The holy month of Ramadan has always been an opportunity for non-Muslims to convert to Islam. Mustapha Acimi, a regular attendant of the night-time Tarawih prayer, told MWN, “We Muslims are hopeful that more foreign tourists will convert to Islam this year, especially that conversion to Islam is witnessed in Marrakech every Ramadan.”

Resident of Marrakech say that Western tourists have often expressed awe at the distinct spiritual ambience during the holy month of Ramadan and by the notable patience demonstrated by the faithful during the daylong fast.