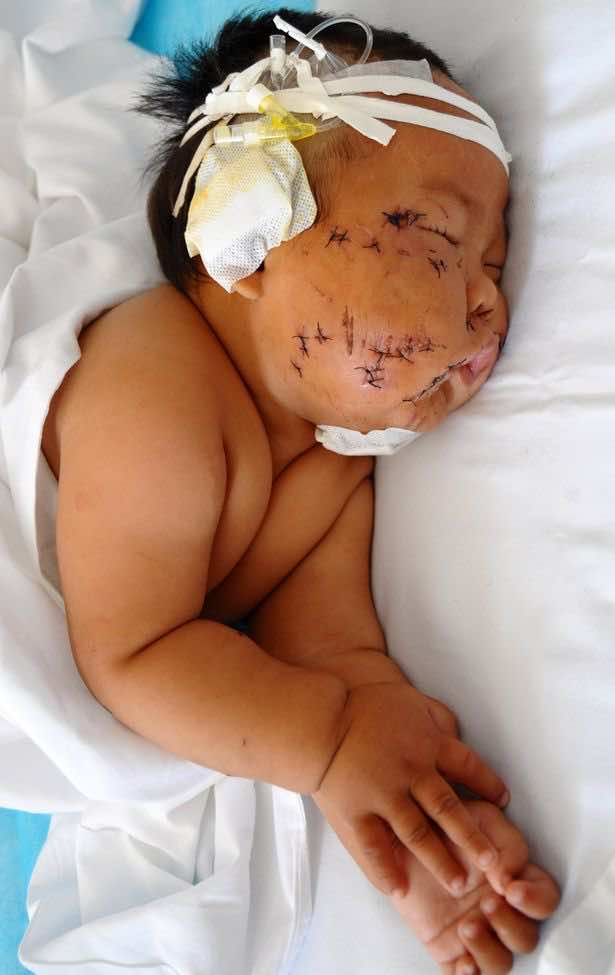 Whenever you hear the word “mother”, it probably brings to your mind meanings of compassion, kindness and gentleness, especially towards their children. But this Chinese mother who stabbed her eight-month-old because he bit her while breastfeeding is definitely an exception to this rule.

The mother has been reported to stab her baby boy Xiao Bao, 8-month old, 90 times with scissors, mostly in the face, for biting her while she was breastfeeding him, the Dailymail said on Thursday.

Doctors said the baby is “ lucky” to be alive after the brutal stabbing by his mother and he needed 100 stitches to overcome the trauma.

The boy who lives with his family in Xuzhou, eastern China’s jiangsu province was found in a pool of blood by one of his uncles who immediately rushed him to the hospital for urgent medical intervention.

Neighbors of the family said that the mother does not suffer from any sort of mental illness that might be the explanation behind the attack and they urged the local government to take care of the baby.