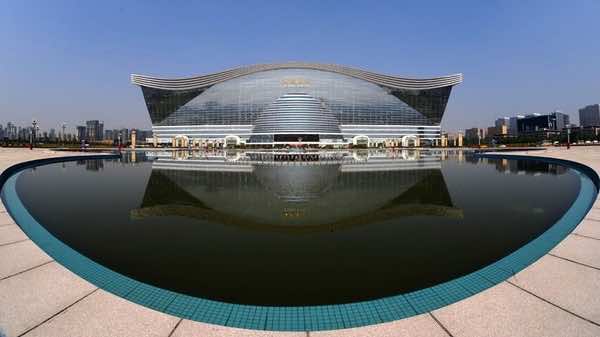 Move aside Dubai. China now has what is billed as the world’s largest building — a vast, wavy rectangular box of glass and steel that will house shops, offices and a faux ocean beach with a huge LED screen for video sunsets.

The mammoth New Century Global Center that opened last month in the city of Chengdu has 1.7 million square meters of floor space, edging out the previous record-holder, the Dubai airport.

The New Century project is a sign that China’s growth has spread from the country’s more prosperous eastern and southern regions to the west. Backed by local governments, the building will have offices, hotels, shops and the ocean park — all under one roof.