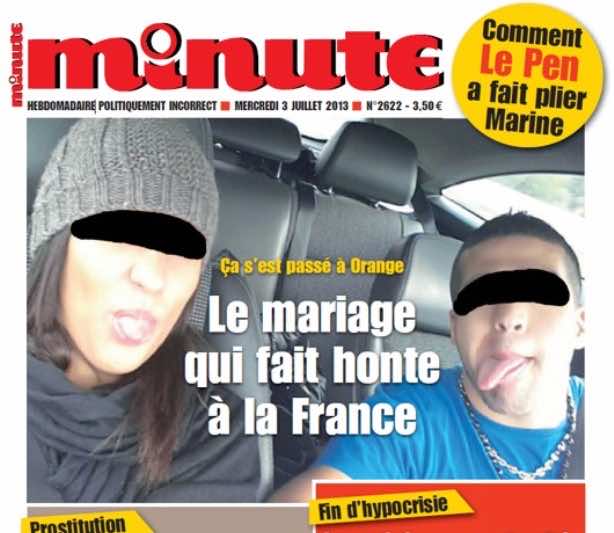 Ten days after celebrating their marriage, two French soldiers of Moroccan and Algerian origins, were the target of a far-right newspaper, which exploited their wedding to repose the issue of immigration in France.

According to many sources, the article derogatorily described the couple’s union, initially attacking the ceremony as a whole, and then moving on to depict the couple in unpleasant light.

The article also claimed that an anonymous individual lodged a complaint against Sofiane and Yamina with the chief law officer, in which he claimed that the invitees to the wedding causesd significant physical damage to their immediate entourage.

It also described the wedding atmosphere as a “souk” (traditional market).

The “Font de Gauche” and the departmental federation of MRAP (Movement against Racism and for Friendship among People) described the article published by daily French newspaper Minute as “a media lynching.”

Sofiane lost one of his legs while he was serving in with French military in Mali, something the far-left newspaper Minute allegedly obscured in its exploitation of his wedding ceremony to retrigger a fuss about immigration in France.

“Immigration is constitutive of the French Identity, Fabienne further argued. “It’s made up of Algerian, Belgian, Moroccan, and many other foreign identities,” she added.

The young couple intends to lodge a complaint against the newspaper for “false statement and incitement of hatred,” according to Jean-Jacques Longuenesse, co-president of the MRAP federation.