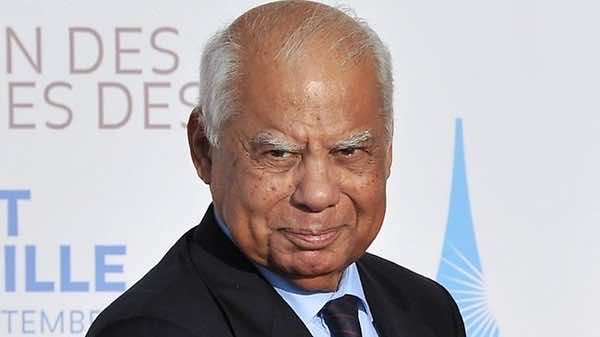 Egypt’s new prime minister edged closer to forming a cabinet on Saturday as supporters of ousted Islamist President Mohamed Mursi vowed to keep fighting for his reinstatement with further protests.

Hazem al-Beblawi, who was appointed on Tuesday, said he would hold talks with the candidates for ministerial posts on Saturday and Sunday, in comments carried by the state-owned Akhbar al-Youm.

The new cabinet’s top priorities will be to restore security, ensure the flow of goods and services and prepare for parliamentary and presidential elections, Beblawi said.

Beblawi is working according to a roadmap drafted by the military which overthrew Mursi on July 3 after millions took to the streets calling on him to step down.

Mursi, the country’s first freely elected president, was accused of concentrating power in the hands of the Muslim Brotherhood, sending the economy into freefall and failing to protect minorities.

But his supporters argue that his removal from power was a flagrant violation of democratic principles and tens of thousands have taken to the streets to demand his reinstatement.

“There will be another mass protest on Monday,” a Muslim Brotherhood spokesman said on Saturday, a day after tens of thousands of Mursi’s supporters rallied in Cairo.

“It will be peaceful,” the spokesman, Tareq al-Mursi, told AFP.

On Friday, Washington and Berlin called on the military to release Mursi, who was detained just hours after the coup and is being held “in a safe place, for his safety,” according to the interim leadership.

State Department spokeswoman Jen Psaki said the United States agreed with Germany’s earlier appeal for Mursi to be released and was “publicly” making the same request.

Psaki said Washington wanted “an end to restrictions on Mr Mursi’s whereabouts”, while Germany suggested a trusted institution such as the International Committee of the Red Cross should be granted access to him.

On Friday, rival demonstrators rallied in the capital, but while there had been fears of fresh violence, the evening passed off peacefully.

Tens of thousands of Islamist protesters gathered outside the Rabaa al-Adawiya mosque in Cairo’s Nasr City to pray and break their fast together on the first weekend of the holy month of Ramadan.

In Cairo’s Tahrir Square and outside the Ittihadiya presidential palace hundreds of Mursi opponents sat down for their own iftar meals.

Mursi supporters have been camping outside the mosque, where many leaders of the Muslim Brotherhood have been holed up, some wanted by authorities.

“We will stay one or two months, or even one or two years. We won’t leave here until our president, Mohamed Mursi, comes back,” said the firebrand preacher, who is wanted by police for questioning on suspicion of incitement to violence.

Mohamed Yousry, a teenager at the rally, said: “I’ll leave as a dead body.”

Thousands also massed in support of Mursi outside the University of Cairo, watched over by a heavy security presence.

US President Barack Obama discussed the crisis in a phone call with King Abdullah of Saudi Arabia on Friday, a White House statement said.

Obama expressed “serious concern” about the violence since Mursi’s overthrow and underscored the need to return to a democratically elected civilian government.

King Abdullah was the first foreign head of state to congratulate Egypt’s interim president Adly Mansour, hours after he was named to replace Mursi.

Saudi Arabia and other Gulf Arab governments have also pledged $12 billion in assistance to shore up the faltering economy.

The interim authorities have been pressing ahead with forming a civilian administration but the Muslim Brotherhood has refused offers to join it.

In the worst single incident of the recent violence, clashes at an army building in Cairo on Monday killed 53 people, mostly Mursi supporters.

The Brotherhood accuses the army of “massacring” its activists. The army says soldiers were attacked by “terrorists” and armed protesters.

Police are hunting Brotherhood chief Mohammed Badie and other senior leaders suspected of inciting violence, after arrest warrants were issued on Wednesday.

The military-appointed caretaker president has set a timetable for elections by early next year but Mursi opponents and supporters alike have criticized the interim charter he issued on Monday to replace the Islamist-drafted constitution.