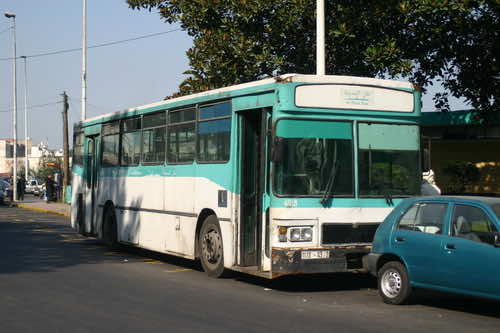 Recently in Casablanca, a mentally ill person took hold of a bus replete with passengers and drove it aimlessly through some of the city’s crowded boulevards, wrote daily Al Ahdath Al Maghribia today.

The actual bus driver was allegedly compelled to get out of the vehicle in order to check the minor damages caused by an insignificant incident his bus had with a small car.

The individual, who turned up from nowhere, seized the opportunity to sneak in the bus, and then drive it away aimlessly and speedily with a number of passengers aboard it.

Surprisingly enough, the mentally ill person was quite familiar with the driving system of the vehicle and managed to get away with it to a considerable distance before ending his trajectory near a tramway passage.

According to the same source, some of the passengers who could not wait until he eventually causes irreparable damages with his reckless driving forced him away of the steering wheel.

After austere panic, the actual driver managed to regain control of the bus. This peculiar occurrence should remain engraved in his mind as a memory of carelessness and lack of vigilance.