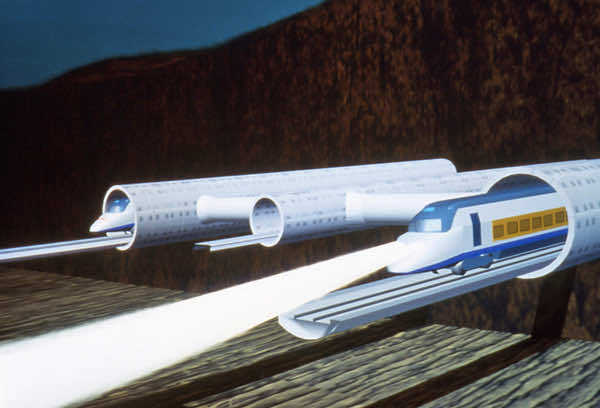 More than thirty years after the launch of the preliminary studies for the construction of a submarine double track rail tunnel between Morocco and Spain, the idea is brought to light again with more insistence this time from the United Nations Economic and Social Council (ECOSOC).

The renewed interest in the project, which has been continuously postponed due to alleged economic reasons, comes after the severe economic crisis that hit Europe and the huge unexplored opportunities that the African market presents.

This ambitious project would benefit both Europe and Africa according to its Moroccan and European promoters. The Economic and Social Council of the United Nations actively supports the project and believes it has all the chances of success. In its meeting in Geneva on Friday, July 5, the ECOSOC insisted that this is the perfect solution for building a strong and lasting relationship between the transport systems of the two continents but also and especially to deliver a message of reconciliation of peoples and civilizations.

The Economic and Social Council adopted, at the end of its annual session, a draft resolution calling on the Executive Secretaries of the Economic Commissions for Africa and Europe to actively contribute to the monitoring of the project and report to ECOSOC on the progress achieved in this regard. When completed, the tunnel will run from the Punta Paloma on Spain’s southern coast to Punta Malabata east of Tangier to take advantage of the shallower waters to the west of the strait of Gibraltar.A shorter route was discounted because the seabed in the narrowest part of the channel is more than 900 meters below the surface.

Experts have predicted that the tunnel may cost an amount of approximately 10 billion Euros and could be completed by 2025. It remains to be seen if this project will ever materialize or will remain wishful thinking.