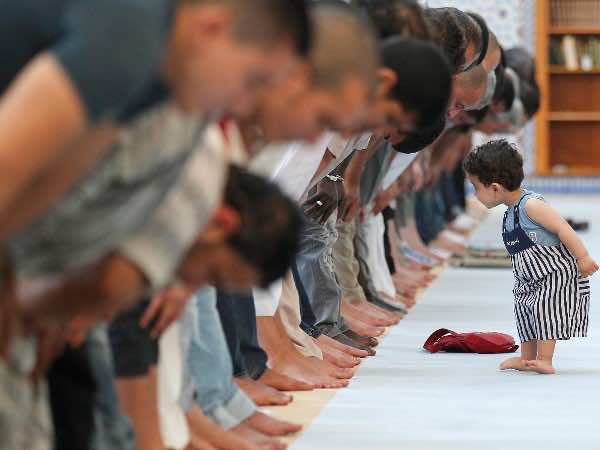 Have you not noticed a picture of an immeasurably cute Muslim kid in a mosque going recently viral on social networks?  Well, that is no coincidence! The picture of a little kid imitating the gestures and movements of a group of Muslims while praying at Strasbourg Grand Mosque (France) was chosen as the most adorable picture of the week by numerous foreign websites. 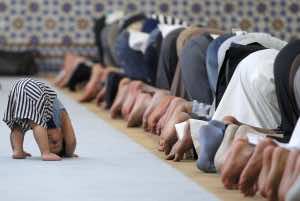 Shots of the adorable kid, who evidently accompanied one of the persons praying, were taken on the first day of Ramadan, July 9, at France’s Strasbourg Grand Mosque by the Reuters. The photographer ostensibly could not resist taking a picture of the child, who stood out of the straight row of prayer to imitate the movements of prayers in the most spontaneous and  innocent fashion.

The irresistibly adorable shots of the little kid transgressed demarcations of cultural dissimilarity to draw smiles on the faces of numerous people around the world. The pictures also positively augured the beginning of a holy month of tolerance and acceptance, Ramadan.

Kids in Muslim communities tend to voluntarily accompany their parents or relatives to mosques. There, most Muslim children make proof of unprecedented discipline and incredibly longing to imitate the movements of the prayers, ask curious questions about what they witness and hear there and show an amazing eagerness to further learn about Islam. Most of them, wind up deciding to have individual experiences and strive innocently to practice Islam and familiarize themselves with it on their own.