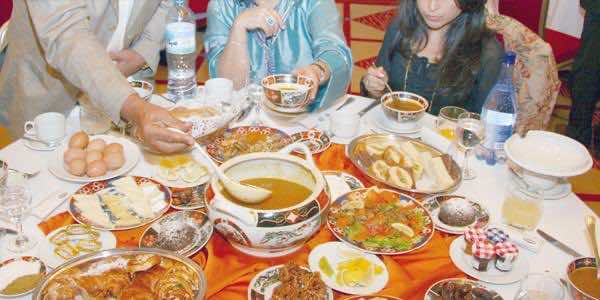 The heart of women and men have always been the siege of ancestral altercations between competing propensities, that of good and evil, that of compelling duties and unrestrained liberties, that of individual yearning and the burdens of communal life.

The continuity of life itself is an attempt to harness the inimical effect of this ontological battle. Each step humans make is another bid to come to terms with these warring currents and to pacify them in a way or another. For all humans who embrace some moral principles be they religious in essence or broadly ethical, the strife for righteousness is endless.

Islam as one of the most comprehensive religious systems offers Muslims a broad frame encompassing both worldly concerns and spiritual pursuits. Muslim has to strike a balance between her/his desires and whims and the core of Islamic instructions. Nonetheless, it is not easy to maintain this frail balance amid numerous forms of temptation.

Ramadan constitutes the month of religious awakening par excellence through the alternation of abstinence and gratification. Indeed, Muslims are called to put aside their greed and the need for immediate satisfaction to embrace moderation and temperate behavior.

The concept of abstinence in Ramadan is neither obsessive nor excessive. It is designed to draw attention to the fickleness of desire and the human potential for patience and endurance. Through abstinence from eating, drinking and engaging in sexual intercourse from dawn to sunset, Muslim individual comes to realize the beauty of reward after the strain of hardship.

The first drop of water that runs through your throat when you break the fast is more exhilarating than any other form of pleasure on earth for those who take their time to appreciate it. The reward that crowns a day of hardships endured for the sake of Allah’s content and reward is but an appetizer for the heavenly rewards waiting for pious Muslims in the afterlife.

Abstinence in Ramadan is manifest in the abstinence from some forms of allowed pleasures such as food and marital sex and from indecent behavior like lying, cursing, cheating…. etc. The former is a temporary ban that is lifted as soon as the Maghrib Azaan fills the air at sunset, whereas the latter is a self- initiation into the path of righteousness and kindness.

Abstinence in the holy month Ramadan is the best illustration of the spirit of moderation in Islam. Indeed, Muslims are required to abstain temporarily from some forms of pleasure. Nonetheless, this rupture is not a strenuous from of abstinence that alienates the individual from the essence of their being and their tendency towards fulfillment. It is rather a spiritual coaching to empower individuals and to bolster their moral integrity.

Ramadan offers Muslims an exquisite lesson in self abnegation, uprightness, but most importantly a lesson in the practice of moderation through the rejection of all types of excesses.