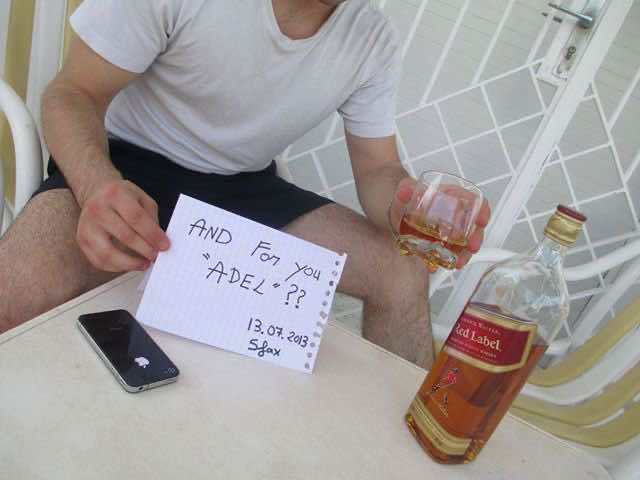 A number Tunisians, young and old, men and women, published their photos on a Facebook page showing them eating, drinking and smoking during the day of Ramadan, which can be regarded as a blasphemous and provocative act for millions of Muslims worldwide.

This act came as a challenge to a Salafist Sheikh, Adil Al-alami, who had announced that he would chase ‘Ramadan eaters’ record them and defame them publically. The Sheikh was spared time and efforts after his targets chose to reveal their faces willingly and post them on Facebook.

In his statement, Adil Al-Alami criticized those who do not fast during Ramadan and said that “we have no power over those who eat indoors, but those who eat in public provoke the feelings of Muslims, and break the law and they must be punished,” noting that “the role played by security agents last year was efficient and yielded good results.” He also called on the Tunisian authorities to enforce the law against what he termed “profanity” of eating in Ramadan.

The Facebook page has become a platform not only for Tunisians but also for Moroccans and Algerians. A number of photos are said to be for Moroccans and Algerians eating, smoking and drinking beer and wine. Last Ramadan in Morocco, a movement advocating religious freedom called “Masayminch” (we will not fast) came into existence and announced its intention to take to the streets and eat publically during the day of Ramadan. However, the movement was widely rejected and harshly criticized, oftentimes threatened.

This year the same movement reappeared on Facebook and called on its members to eat in Ramadan. This movement says that eating in Ramadan should not be considered offensive to the feelings of Muslims because eating is a legitimate right and everyone has the full right to practice his/her religion, “We must not impose fasting. We reject the illegitimate law that restricts our freedom. We are Moroccans just like any other Moroccans and Morocco is our country where we were born. We will not abandon it and no one has the right to expel us from it,” the movement said in a statement.