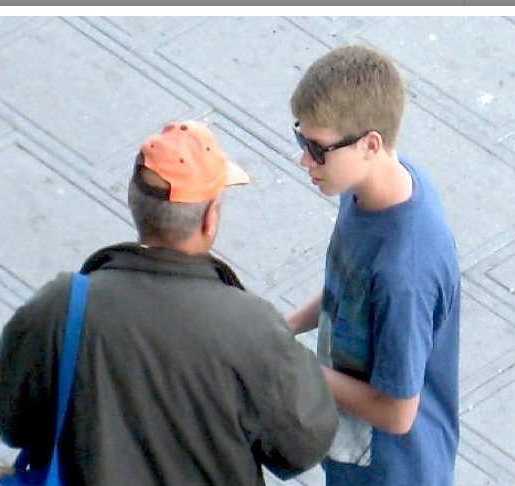 The relationships between Christians and Muslims in Morocco is usually harmonious. However, tensions do rise from time to time when outside groups attempt to convert local Muslims. Many evangelist groups have learned that such activities are difficult inside Morocco, so they have introduced a new way of getting Arabic versions of the Bible into Morocco – by giving them as gifts to unwary Moroccan travellers coming from Spain

According to the 2004 International Religious Freedom report, the Moroccan Constitution provides for freedom of religion, and while the Government generally respects this right in practice, there are some restrictions. For example, proselytising is forbidden in Morocco with the result that any attempt to induce a Muslim to convert is illegal.

According to Article 220 of the Moroccan Penal Code, any attempt to stop one or more persons from the exercise of their religious beliefs or from attendance at religious services is unlawful and may be punished by 3-6 months’ imprisonment and a fine of $10 to $50 (115 to 575 dirhams). Over the last few years there appears to have been a push by some groups to break Moroccan law and engage in illegal proselytising activities. In some cases untrained missionaries have been targeting Morocco.

The catholic and protestant churches have been operating in Morocco for more than a century, and according to the religious authorities “have learned over the years to live in harmony with the country and its people.” The churches in Morocco focus on promoting dialogue between Christians and Muslims, which “by definition, rules out proselytising activities.”

According to church spokesmen, “this dialogue has an intellectual and theological dimension and copes with the social and cultural realms. Thus, Christians are engaged in various activities alongside Muslims, share the same values and goals and are not afraid of showing their differences. Today, we believe in the richness of interaction between religions which have everything to gain from better knowing and understanding one another. The Catholic and the Evangelical Churches in Morocco believe that dialogue is part of their responsibility.

According to the latest reports, fundamentalist Christians have adopted a new tactic which to avoid prosecution for illegally attempting to convert Muslims. The tactic involves approaching Moroccan travellers in Spain and convincing them to smuggle Christian bibles, DVDs and books into Morocco. They appear to have little understanding of the problems they could potentially cause for Moroccans bringing religious material into Morocco.

One group involved has been identified as being from the Silver Hills Community Church in Carson City and another from the Covenant Presbyterian Church in Reno.

According to one anti-Muslim website, the church members joined with an “Operation Transit Team” at the port of Algeciras to pass out packets containing Bibles, Christian DVDs and Christian books to Muslims passing through the port on their way to Morocco. These materials were provided in Arabic and French by a team of international mission agencies.

Many of those involved appear to be young and it is doubtful that they have any understanding of the implications of what they are doing and the impact on those they give “gifts” to.

According to the website, “Algeciras is the southern port of Spain, where North Africans travel back to Africa from European countries where they have been working all year for their summer holiday. Muslims from France, Belgium, Italy, Germany and Spain travel every year on ferries across the Strait of Gibraltar back to their homes in North Africa. In the port of Algeciras, the Operation Transit Teams are free to approach people and offer them these materials freely. Due to culture, gifts are freely given and received, therefore, many will accept these materials and take them back to North Africa. During the time in Algeciras, the Carson City/Reno team handed out 1,300 packets to Muslims traveling to North Africa. They worked in two-hour shifts on the port while other team members prayed together for receptivity. During the eight days, the team met Muslims from Morocco, Algeria, Mauritania, Senegal and Mali”.

It is understood that the Moroccan Customs authorities are aware of the “gifts”.