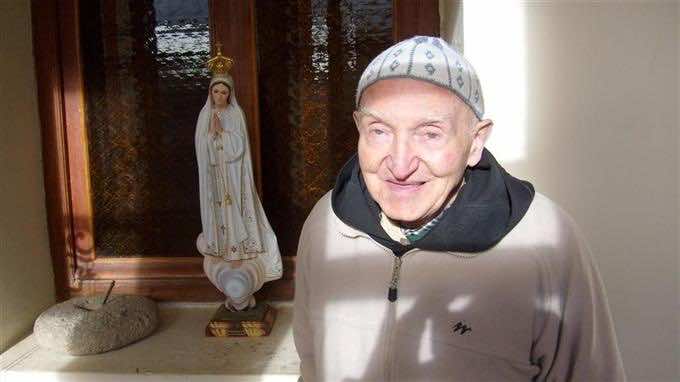 Since the start of this year’s holy month, and for the last 10 years, catholic Cistercian monks (French and Spanish) based in Midelt, a town in central Morocco, have been observing Ramadan with their fellow Muslim Moroccans out of fraternity and support.

Among them is monk Jean-Pierre Schumacher, the last survivor of the 1996 Tibhirine carnage in Algeria, wherein seven monks from the monastery Notre-Dame de l’Atlas of Tibhirine in Algeria, belonging to the Roman Catholic Order of Cistercians of the Strict Observance (known as Trappists), were kidnapped and killed during the Algerian Civil War.

Though exempted from fasting because of his advanced age (89 years), monk Jean-Pierre Schumacher still insisted on observing Ramadan while eating less than usual.

Alongside his fellow religious brothers, Jean-Pierre Schumacher sought to show his solidarity with his fellow Moroccan Muslims, sharing their invaluable efforts during the holy month of Ramadan by abstaining from food and drinks too.

”We observe Ramadan, not to convert ourselves, but to share the efforts of our Muslim brothers, and to support them in their endeavors,” said father Flachaire, prior of the monastery of Midelt  according to the news website Leprogres.fr.

“As to brother Jean-Pierre Schumacher,” added Flachaire, “he continues to observe Ramadan despite his advanced age through eating slightly less than usual.”

Jean-Pierre Schumacher and other monks arrived in Morocco in 2000, ad settled in Midelt. His wish has been to reconstruct the spirit of Tibhirine on Moroccan soil.