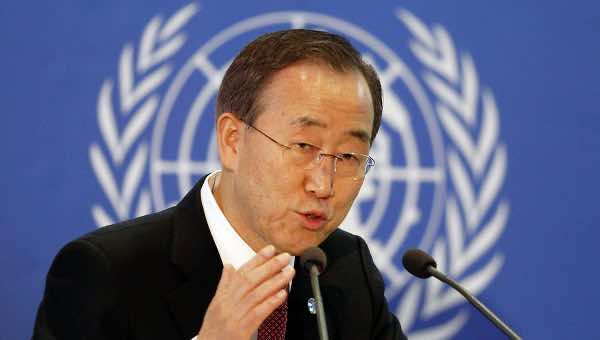 UN Secretary General Ban Ki-moon warned Monday against “revenge” and “retribution” in Egypt, which has been hit by large-scale protests since President Mohamed Morsi was overthrown.

The country’s first freely elected president was deposed on July 3, and a military-installed caretaker government has since tightened the screws on the Islamist leader’s backers.

“This is not the time of revenge or retribution”, Ban told reporters after holding talks with French President Francois Hollande, denouncing the arrests of officials from Morsi’s Muslim Brotherhood.

“This is a time for inclusion and reconciliation.

“It is important that Egyptian authorities should include all the parties in managing the current difficult situation.”

Hollande said “clashes must be avoided” and order restored, and called for “a political solution as rapidly as possible”.

Their comments came as US Undersecretary of State Bill Burns visits Cairo to press for a return to an elected government following Morsi’s overthrow.

Egypt’s new leaders are pushing ahead with a transition plan for an interim government and fresh elections, but Morsi’s Muslim Brotherhood defiantly insists on his reinstatement.

The Brotherhood has refused to join the new, interim government headed by caretaker prime minister Hazem al-Beblawi, as has the ultra-conservative Islamist party Al-Nur.

The situation has triggered mass, sometimes deadly protests by opponents and supporters of Morsi.

Critics accuse Morsi of concentrating power in Brotherhood hands, sending the economy into freefall and failing to protect minorities during his single year of turbulent rule.

But his supporters say his overthrow is an affront to democracy.