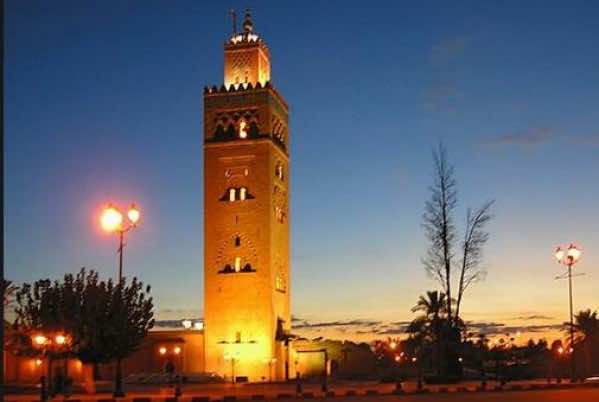 Ramadan is known for showering Marrakech and its people with its various blessings day and night. And the Koutoubia Mosque in Jamaa Lfna Square is no exception, as new people convert to Islam almost every night during the Taraweeh prayers.

This evening, two Spanish young men converted to Islam amid the presence of thousands of worshipers.

The first young man named himself “Mehdi” and repeated the “Shahada” by the Mosque’s Quran Reciter Wadii Shakir, while the second chose the name “Yunus.” They both joined the Muslim community following the example of other Non-Arab converts, who feel inspired by the sight of thousands of worshipers standing and prostrating at the same time, and in full submission to the Creator.

It worth noting that since the start of this holy month, five other Non-Arabs converted to Islam in the same mosque.