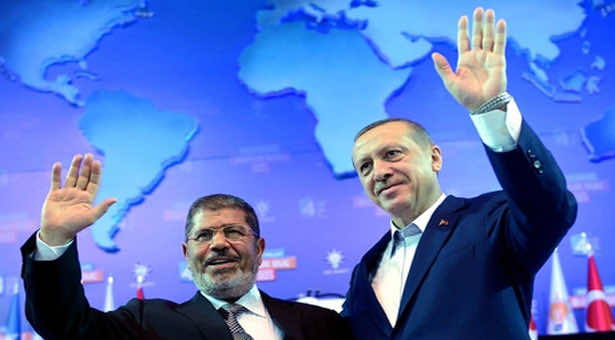 The foreign ministry expressed “strong resentment at comments like these, which… represent a clear intervention in internal Egyptian affairs,” its spokesman Badr Abdelatty said.

Erdogan said on Sunday that democratically-elected Morsi, who was ousted in a popularly-backed military coup on July 3, was Egypt’s only legitimate president.

“Currently, my president in Egypt is Morsi because he was elected by the people,” Erdogan, who like Morsi hails from an Islamist party, said in an interview with a Turkish newspaper.

Abdelatty called on Turkish officials to put “the historic relationship and shared interests” of their two countries above any “narrow party interests”.

A spokesman for Egypt’s interim president also criticised the Turkish leader’s remarks, calling them “inappropriate” and an “intervention” in Egypt’s domestic affairs.

“It is down to Ankara to respect the will of the Egyptian people who went out on June 30,” Ahmed al-Muslimani said in comments reported by Egyptian daily Al-Ahram’s website.