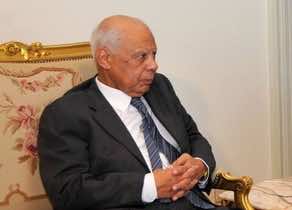 A former ambassador to Washington, Nabil Fahmy, took the post of foreign minister, while Mohammed Ibrahim, who served as interior minister in Morsi’s government, retained his job.

There are three women ministers in the new cabinet, including health minister Maha El-Rabat. One of the women is a Coptic Christian.