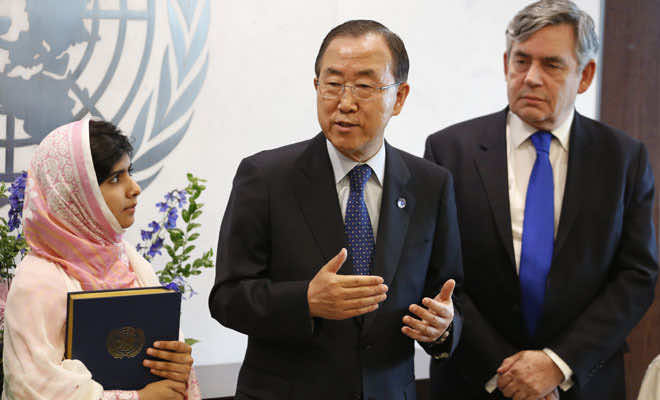 Raouia, was awarded for saying “no” to degrading statement allegedly uttered by the Moroccan National Education minister, Mohammed El Ouafa.

Her staying at school in spite of the psychological trauma El Ouafa’s statement had caused her her is what UN’s Malala Day organizers saw as a promising act of courage, way ahead of Raouia’s age and remarkably worthy of recognition and celebration.

El Ouafa’s name was brought up during the ceremony along with his alleged notorious statement to the Moroccan schoolgirl: “Your time would be better spent looking for a man.”

The Moroccan minister’s alleged statement has now echoed internationally, reportedly considered as one more manifestation of oppression against children, and positing a huge question mark on Moroccan national education and the place of children in it.