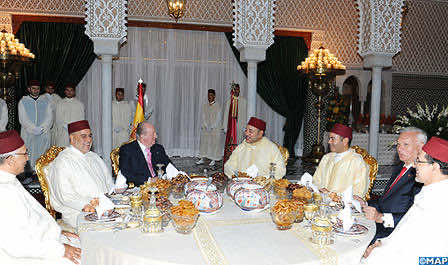 King Mohammed VI, accompanied by Prince Moulay Rachid and Prince Moulay Ismael, offered, Tuesday at the Royal Palace in Rabat, an official Iftar in honor of King Juan Carlos I of Spain.