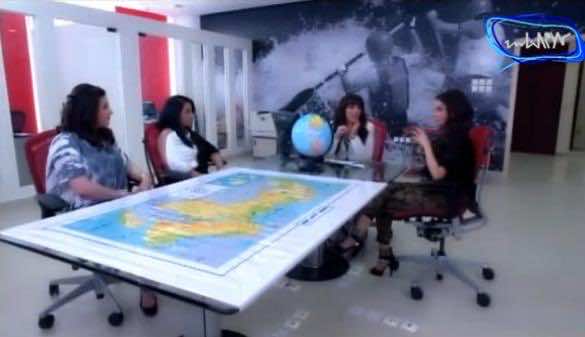 Recently, the image of the Moroccan woman has been subject to one more popular media distortion. A soap opera exclusively designed for broadcast in Ramadan in Saudi Arabia, entitled “Kalam A’nass” (people’s talk), joined the list of Gulf countries’ TV products that distort the image of Moroccan women.

Episode number 6 of the series, specifically titled “Al Khirfan (the sheep), depicted Moroccan women in the most derogatory fashion. The episode depicts an ambitious young woman who sets up a call-center business and hires Moroccan girls to work in it.

The Moroccan girls’ task in this episode consists in duping Saudi young men by seducing and selling them illusory promises of love via phone calls in exchange of money. Such practice has been described as “love trading.” Also in the same episode, a Moroccan woman is depicted as leading other girls within the call center in their sordid endeavors, by instructing them on how to dupe “the sheep.”

The image of the Lebanese woman also had its share of distortion in Saudi Arabia’s Kalam A’Nass. The Saudi series also tarnished the image of Saudi young men. Their portrayed happy-go-lucky attitudes towards women has further fostered the unsavory distorted image other mediatic forms of expression had propagated about them.

Like among popular culture products generated in Gulf countries on Moroccan women, Kalam A’Nass radiates undertones of direct attack not only on Moroccan woman, but also beyond on the Arab world at large. Ironically, Moroccan women, being a constitutive fragment of the mosaic of female Arab identities, are being misreprepresented by their fellow Arabs, who are supposed to respect the cultural and religious values they have in common Morocco.