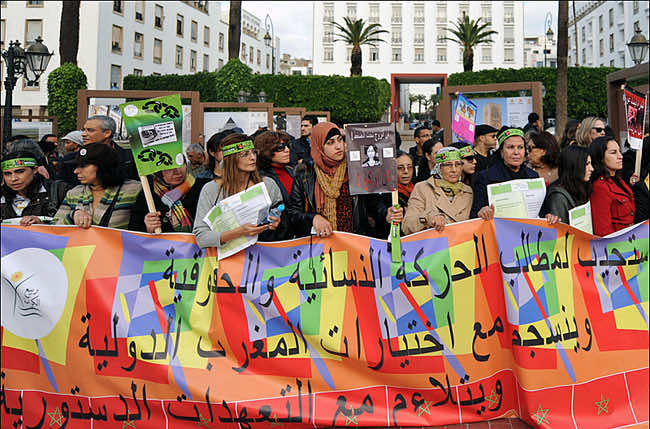 The 2011 Morocco constitution addressed the principle of gender equality, but it took until this month for the government to confront discrimination in politics, the workplace and society.

Based on ideas of equality and fairness, the new plan includes support centres for domestic violence victims and universal access to schooling, she added.

Moroccan girls will have access to all levels of the education system. Informal education projects will also be established to benefit girls in rural areas.

A committee has been set up to ensure “IKRAM” hits all of its targets, Communications Minister and governmental spokesman Mustapha El Khalfi said. The body will co-ordinate and monitor activities across all ministerial departments, he explained.

The committee will also suggest legislative steps needed to establish the principles of equality and fairness, and encourage partnerships between the private sector and civil society to advance women’s rights.

The strategy aims to increase the percentage of women holding decision-making jobs in government from 12 to 22 per cent by next year.

But for many in the women’s movement, the figure is still too low. Activists argue that over the past 18 months, the Benkirane government has done little to help women access positions of responsibility.

Yet the number of women applying for top-tier jobs has hovered below 10 per cent, Family Minister Hakkoui noted, pointing to cultural restraints as a factor.

“We need to fight discrimination against women and make the other half of society much more widely aware of the need to share household chores with working women, to help them develop their professional careers,” Hakkoui said.

In spite of the minister’s expression of solidarity with the feminist cause, women’s rights advocates said the government’s plan fell far short of their aspirations.

The women’s movement had expected to see increased assistance for single mothers and the legalisation of abortion, sociologist Samira Kassimi said.

Activists also complained that the government had failed to consult with civil society groups and devise a plan that conformed to international laws and conventions.

The feminists even criticised the plan’s very name.

“IKRAM”, they said, was full of patronising connotations and did not connote the spirit of democracy, equality and human rights for all.